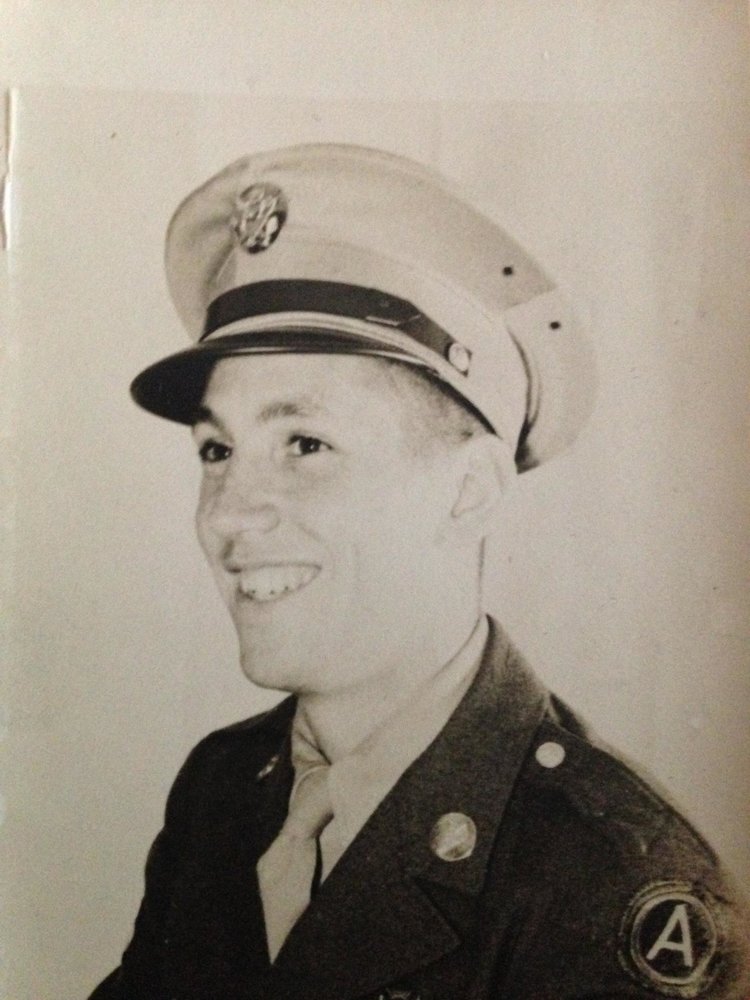 Alfred George Leigh, 94, died following a short illness on May 25, 2016. Alfred was born to English missionaries, David Leigh and Helen (Tyler) Leigh, in China on August 19, 1921. He immigrated to the US with his parents and beloved sister, Freda, and lived in the Paterson area. He married Jean Nye, and had two children, Ronald and Donna Jean. Al was a WWII veteran, serving in the Asiatic Pacific Theater as a Staff Sergeant. He participated in 4 major campaigns and received the Purple Heart from injuries received at the Battle of Iwo Jima. Al was an active member of the Brookdale Baptist Church, the American Legion, and the Appalachian Mountain Club. He was an avid hiker, skier, bicyclist, and participated in Search and Rescue missions throughout the years. Al will be greatly missed by his children, grandchildren, great grand children, nieces, nephews, and their extended families. Family and friends may visit Halpin - Bitecola Brookdale Funeral Home, 1284 Broad St, in Bloomfield, on Wednesday June 1, from 4-8pm. A funeral service will be held at the funeral home, on Thursday, June 2, at 9:30am. Interment will follow at Laurel Grove Cemetery in Totowa.
To order memorial trees or send flowers to the family in memory of Alfred G. Leigh, please visit our flower store.