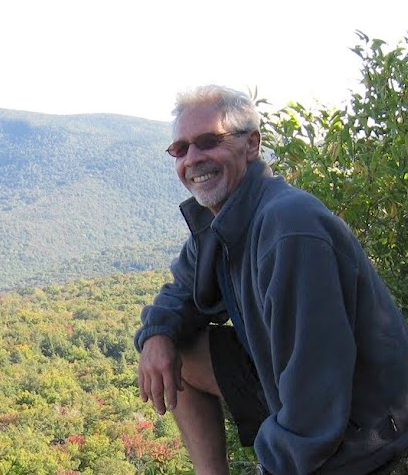 Alfred John Orlando (76) passed away while hiking at Merrill Creek Reservoir in Harmony, NJ, on January 13, 2022. A lover of the outdoors, Al was an avid kayaker. He jogged for decades until an injury forced him to stop and change over to cycling and mountain biking. He LOVED to hike and died doing what he loved. Al was born and raised in Raritan, New Jersey. After living some years in Manville and Flemington, he returned to Raritan, where he resided surrounded by family and friends for the last 25 years. He was predeceased by his older brother, Anthony (49), and his parents, Louise (Granzetto) and Alfred Orlando. Al spent his childhood helping out at his grandparents’ (Anthony and Anna Orlando) restaurant, Orlando’s Bar and Grill in Raritan. Retired from the US Postal Service, he worked as a mail carrier in Somerset, NJ. Not one to sit still during retirement, he worked part-time for Clinton Honda, where he enjoyed staying busy, traveling throughout the tri-state area, and interacting with new people. A veteran of the US Navy, Alfred served during the mid-1960s. His time in the service had him working as a weatherman, stationed in Iceland, and onboard the USS Okinawa. He is survived by his daughters, Christine and Anne, and his granddaughters, Kate (12 - daughter of Christine and husband, Todd) and Raven (5 - daughter of Anne and Levi). Al was an outstanding father and grandfather, and his role as grandfather was one of his greatest joys. He helped care for Raven as a newborn and infant, changing diapers and doing feedings. Then, as Raven got older, the two of them loved to wrestle and play. With his granddaughter Kate, there were epic water gun battles and basketball games in the backyard, after which he would always take her for ice cream. As You Like It Ice Cream of Raritan has lost one of its best and most frequent customers. Alfred loved to travel and had many adventures throughout the world. Just a fraction of those include snowmobiling across the Arctic tundra, river rafting in the western US, and hiking the Alps. Al visited all 50 states, Mexico, Canada, the Caribbean, Italy, Greece, France, Switzerland, Germany, Saipan, and Japan. He had planned to visit Spain and Morocco last year, but the trip was canceled due to the Covid-19 pandemic. Al had a keen intellect and a great thirst for knowledge about the world that he indulged by constantly reading, learning, and discussing ideas with others. Listening to the music of Frank Sinatra and good jazz were some of his favorite ways to relax. His biggest vices were good ice cream and good Scotch. With a generous spirit, Al was always ready to help his family and those in need. Al chose to be an organ and tissue donor. With his bone and tissue donation through The Sharing Network, he will save and enhance many lives. We encourage everyone to consider this option for themselves and their family by checking out: https://www.njsharingnetwork.org/why-become-a-donor/ A member of the Sierra Club, Al planned many of his wilderness travels through the organization. In lieu of flowers, the family asks that you donate in his name to help protect the nature that he so loved: https://www.teamsierra.org/memorial/AlfredJOrlando As Sinatra would say, Al did it his way until the very end. His requests were for a private cremation and no funeral services. Instead, he wanted to have one last party in his honor where friends and family could share stories about him over good food and drinks. His daughters are planning that party for later this year.
To order memorial trees or send flowers to the family in memory of Alfred Orlando, please visit our flower store.