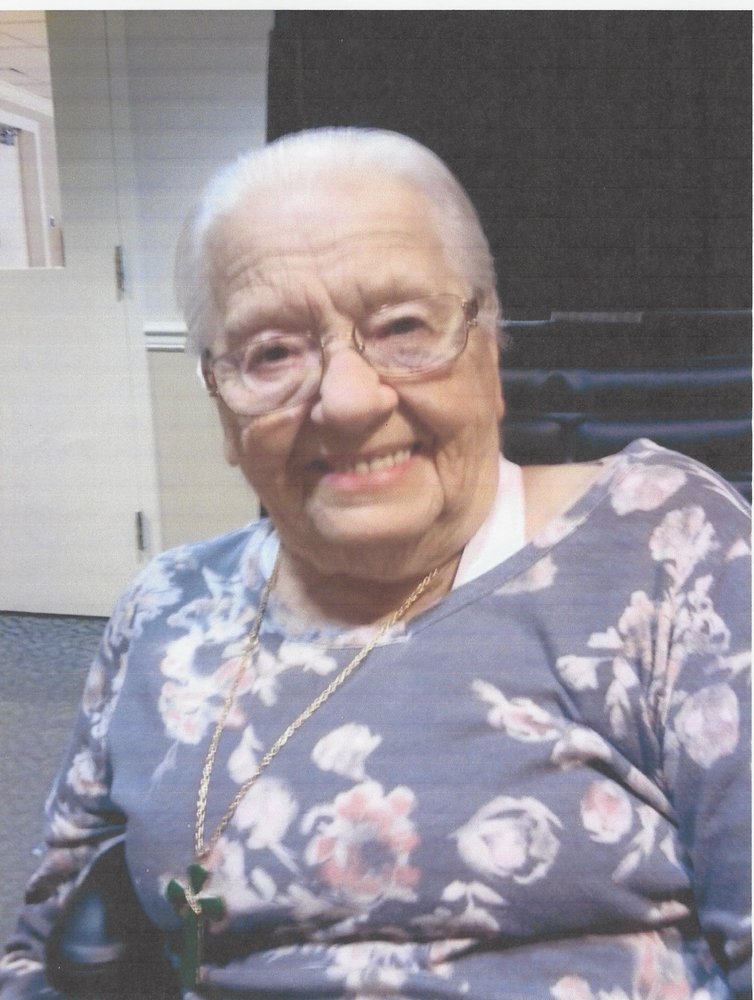 Anna M. Niemiec of Bloomfield, formerly of Englishtown, NJ passed away on Tuesday, August 16, 2016 at The Chelsea of Montville. She was 95 years old. Anna was born in Presov, Czechoslovakia and came to the United States with her father at the age of 15. In addition to being a homemaker, Anna owned and operated a garden farm in Englishtown, where she grew and sold fruits and vegetables. She also worked as a cook for the Manalapan School System and belonged to the Covered Bridge Homeowners Association and was a member of Our Lady of Mercy Church in Englishtown. Anna is survived by her son Joseph Niemiec and his wife Barbara, her two granddaughters, Jennifer Stelljes and Stephanie Jones, her two great-grandsons, Kyle and Grayson Stelljes and her sister Irene. She was predeceased by her husband Joseph in 1994 and her daughter Florence in 1981. She was also predeceased by 3 sisters and one brother in Czechoslovakia. There will be a funeral Mass held on Monday, August 22, 2016 at 10:00am at St. Thomas the Apostle Church in Bloomfield. Interment will be private. In Lieu of flowers, the family request donations be made to the American Cancer Society.
To order memorial trees or send flowers to the family in memory of Anna M. Niemiec, please visit our flower store.