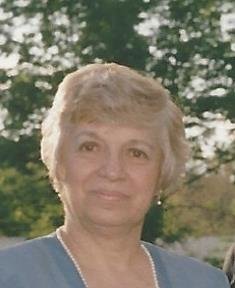 Beverly Marie Teitel, formerly of Bloomfield, passed away on September 9th, 2017 after a short acute illness.  She was 81.  Beverly was born in Newark on May 7, 1936.  Beverly married the true love of her life, Oscar on October 1, 1960 and together they raised a family for the better part of the next 30 years in Bloomfield New Jersey.   Beverly leaves behind her two sons David and Jeffrey, and David’s wife Karen.  She also leaves behind three grandchildren Kelly, Ryan, and Gracie, as well as a daughter-in–law Glenda, nieces, nephews, and a long list of lifetime friends.  In addition to her husband of almost 30 years, Oscar, Beverly was pre-deceased by her parents Louis & Edith Bevere and very recently, her only sibling, brother Allan Bevere, and her beloved wired-hair terrier, Buttons.   Beverly was a proud and devoted homemaker and long time active member of the Bloomfield community.  Beverly’s community service efforts included many years as a braille transcriber for the American Red Cross and as a teaching volunteer in the Bloomfield School System‘s Phase Program, an early disability/diversity awareness program.  Beverly was a voracious reader, which she passed on to her sons.  She became a passionate sports fan to be able to “share” with the boys in the family.   She especially enjoyed tennis and spent many days/nights at Flushing Meadows attending the US Open.  She was an accomplished crossword puzzle enthusiast and a long-time bridge player.   She enjoyed traveling, especially with Oscar, in their final years together.   Beverly reveled in various accomplishments of her grandchildren, and truly cherished the times she spent with them.  She will forever be remember as a generous, loving and selfless mother and grandma.   A memorial service will be held from 11am until 1pm, on September 23rd, 2017, at Halpin-Bitecola Brookdale Funeral Home, 1284 Broad St. in Bloomfield.  In lieu of flowers, a donation in Beverly’s memory can be made to the National Down Syndrome Society, www.ndss.org.

To order memorial trees or send flowers to the family in memory of Beverly M. Teitel, please visit our flower store.