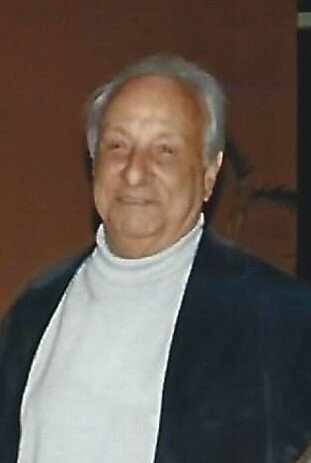 On Tuesday November 9, 2021, Dagoberto Barroso (known lovingly as Dago), passed away peacefully at the age of 90 in Montclair, NJ Dago was born in Aguacate, Cuba on August 14, 1931.  He fled the island's oppressive Communist regime in 1969.  He resided temporarily in Madrid, Spain awaiting his US VISA.  While in Madrid, he met his beloved wife Carmen Pelaez at the Casablanca dance club on the evening of September 26, 1971.  Dago always described to all who would listen that his life began the day he met his wife. They married on July 26, 1972 and moved to Barcelona where they had two children. When Dago's VISA arrived in 1978, he took his family and moved to Miami, Florida which was to be his primary residence for the next 43 years.  Dago always stated Spain gave him his love, but the U.S. gave him his freedom. Dago's hobbies included reading with a focus on history and politics, and watching baseball (priding himself as a lifelong Yankee fan).  More than anything, Dago was a devoted husband and father, who lived exclusively for his family.   He recently moved to New Jersey to be closer to his daughter and youngest grandsons. Dago was predeceased by his son-in-law Hector Feliz. He is survived by his beloved wife Carmen (nee Pelaez); daughter Carmen Barroso; son Juan Carlos Barroso and his wife Christina; grandchildren Brandon, Lucas, and Oliver. Friends and family may visit from 3:00 – 7:00 pm, Tuesday November 16th at Halpin-Bitecola Funeral home, located at 1284 Broad Street, Bloomfield, NJ 07003.  A funeral mass will be held at 10:00 am on Wednesday November 17th, at St Cassian Church in Montclair
To order memorial trees or send flowers to the family in memory of Dagoberto Barroso, please visit our flower store.