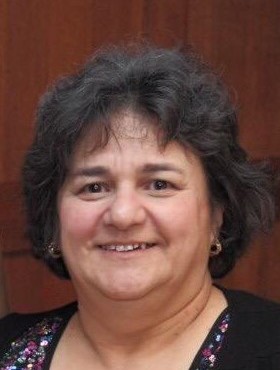 Deborah was born in the Bronx, NY and grew up in Bergen County before moving to Wharton in 1984. She graduated from Montclair State University in 2000 and went on to teach Pre-K for the past 18+years until she retired in 2019. Deborah had gotten very involved in her church, St. Mary’s in Wharton, where both her children attended school and she taught pre-k for many years. St. Mary’s was always a second home to her through the St. Mary’s school community, bingo, CYO, church, and bible study groups, and she made many dear friends there. Deborah had a very close relationship with her extended family; her aunts, uncles, cousins, and she cherished the bond they had that only grew stronger as the years went on. Although life’s changes brought them to many different locations, they still kept in contact through Facebook, phone calls, emails, and their annual cousin gatherings that she always looked forward to. In addition, her best friends were so important to her and she considered them and their children her family. Deborah was a devoted mother and grandmother who revolved her life around her children and grandchildren. She would have sacrificed anything to make sure they were happy. Not only was she extremely involved in her children’s lives, she was spending her retired life caring for her grandchildren during the week. When she wasn’t spending time with her kids or grandkids, she was enjoying retirement together with her husband, Victor. Victor and Deborah just celebrated 40 years married in November 2020 and were together a total of 45 years. Deborah is predeceased by her mother, Anna Fata (Benvenuto) and her father Philip. She is survived by her loving husband of 40 years, Victor Aponte , her daughter Stephanie Klecka (Husband Jason), her son Anthony Aponte, her brother Robert Fata (wife Jane), her grandchildren Anthony, Jordan, and Mackenzie Klecka. And of course, her many cousins, nieces and nephews. Deborah touched many lives and always had a smile on her face. She will be remembered fondly and would want all to remember the good, happy times they shared with her.
To order memorial trees or send flowers to the family in memory of Debi Aponte, please visit our flower store.