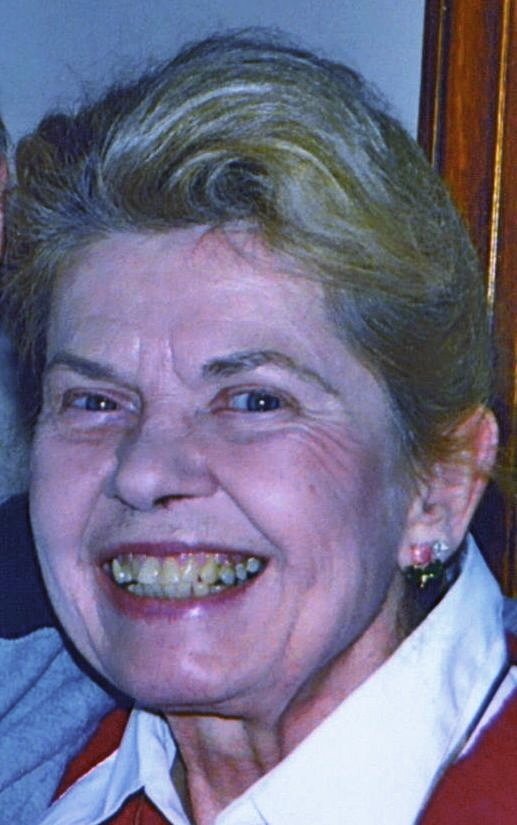 Dolores "Dee" Marie (nee Johansson) Swanson, 83, of Bloomfield, N.J. entered into eternal peace on Saturday March 29, 2014 surrounded by her loving family. She was born on July 16, 1930 in the Bronx, N.Y. the eldest of four children, to Henry and Viola (Krol) Johansson. Dee grew up in a multi-cultural neighborhood in the Bronx and graduated from Walton High School in 1948. Following graduation she worked for the New York Telephone Company and she learned to speak numerous languages. On January 18, 1958 she married the love of her life, Harry Swanson, and they established their home in Clifton, then Bloomfield, N.J. She was a dedicated mother and homemaker who selflessly poured herself into the development and success of her children. For many years Dee served as a troop leader for the Girl Scouts of America and as a cub den leader for the Cub Scouts. She exposed her children to numerous cultural and educational experiences through domestic and international travel with them throughout their lives. Dee additionally imparted strong values upon her children and grandchildren through her many acts of kindness and charity. Dee was predeceased in death by her parents, her infant brother Ronald Johansson, and her uncle Walter Krol. She is survived by her devoted husband of 56 years, Harry of Bloomfield; her daughter Denise (Karl) Schier of Brecksville, OH, her son John (Nan) Swanson of Rutherford, NJ, her daughter Nina (Michael) Zardezed of Wayne, NJ; two brothers, Henry Johansson of New York City, NY, and Daniel Johansson of Washington Crossing, PA: two sisters-in-law, Helen Guz of Haddon Heights, NJ, and Helene Johansson of New York City, NY; her grandchildren Eric, Zachary, Leah, and Erin, her step-granddaughters Lindsey and Mariel; a cousin Ceil Burrows of Santa Clarita, CA: and her 10 nieces and nephews, and numerous loving family members and friends. Visitation will be at Frank Halpin's Brookdale Funeral Home, 1284 Broad Street, Bloomfield on Tuesday from 2 - 4 & 7 - 9 p.m. The funeral will be conducted from the funeral home on Wednesday at 9:00 a.m. followed by the Funeral Liturgy in St. Thomas the Apostle Church, 60 Byrd Avenue, Bloomfield at 10:00 a.m. Interment will be in Immaculate Conception Cemetery, 712 Grove Street, Montclair, N.J. An alternative to flowers would be memorial donations to the American Diabetes Association, 1701 North Beauregard Street, Alexandria, VA 22311(www.diabetes.org) Please visit www.halpinfh.com for directions and condolence messages.
To order memorial trees or send flowers to the family in memory of Dolores Swanson, please visit our flower store.