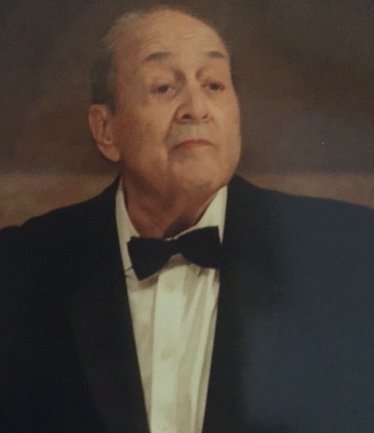 Dominick J. Ferrara III "The Chief", of Bloomfield, entered into eternal life on February 13th, 2017. He was 78. He was the son of the late Dominick J Ferrara Jr., a World War II veteran, and Grace Tedesco. He was born in Newark, NJ and was a graduate of Barringer High School. He graduated from both Montclair State University with Bachelor of Arts in Music Education and New York University with a Master of Arts Degree also in Music Education. He furthered his studies in Educational Administration at Seton Hall University. Dominick began his career in music education as the founder of the public school music program in the Secaucus Public Schools where he served as the director of music education and taught music for 35 years. Dominick served in the 50th Armored Division Band of the New Jersey Army National Guard for 22 years and was Bandmaster for much of that time. He retired from the National Guard in 1978 as a Chief Warrant Officer III. Dominick moved to Bloomfield in 1975 where he has been an active member of the community through countless organizations. He was named the Citizen of the Year by the Township of Bloomfield in 2000; was the Conductor of the Bloomfield Civic Band for over 43 years; was the founding director of the Garden State Concert Band in 1979; and served in the following capacities: Past-President of the Bloomfield Federation of Music; Past-President of Bloomfield UNICO. He was named 2008 Unican of the Year and served on the Christopher Columbus Day Parade Committee, Oakside Cultural Commission, Arts Council of Essex, and was a Eucharistic Minister at St. Thomas the Apostle Catholic Church. Dominick is reunited in heaven with his wife of 48years, Phyllis (nee Ferraro) who predeceased him in 2011. He leaves behind two children: a son, Dominick J Ferrara IV, DMA and his wife Kim DeVito of Boston , MA and a daughter, Dana Planer, D.O. and her husband Richard of Punta Gorda, FL. Additionally, he is survived by five grand-children; Dominick J Ferrara V and Christopher Edward Ferrara of North Carolina; and Madison Isabella Planer, Frank Richard Planer, and Olivia Rose Planer of Florida. Dominick leaves behind one sister, Josephine Bencivengo and her husband Dominick, of Katy, Texas, and was predeceased by his sister Grace Wires. His memory will live on through his numerous friends, especially Paula Zaccone and Paul Alongi. Dominick 's legacy will live on through his countless efforts toward fostering music and the arts. Friends and family are welcomed to visit from 7 - 9 pm, on Thursday, February 16th, and again on Friday, February 17th from 5-9pm, at Halpin Bitecola Brookdale Funeral Home, 1284 Broad St, in Bloomfield. A mass of Christian burial will be held at 10:00 am, on Saturday, February 18th, at St Thomas the Apostle Church, 60 Byrd Ave in Bloomfield. Interment will follow at Hollywood Memorial Park, 1500 Stuyvesant Ave., in Union. In lieu of flowers, donations can be made to the Garden State Concert Band, c/o Dominick J Ferrara III, Scholarship fund; 15 Bellevue Terrace, Bloomfield, NJ 07003.
To order memorial trees or send flowers to the family in memory of Dominick J Ferrara III, please visit our flower store.