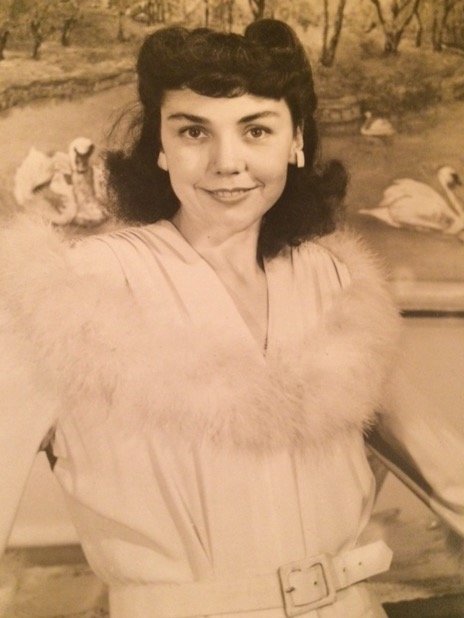 Ethel Damberg Brennan Of Verona, formerly of Glen Ridge, passed away peacefully at her Clairidge House home on February 3, 2016. She was 101 years old and was the devoted daughter of the late Arthur and Anna (Martin) Damberg. She was preceded in death by her husband of 60 years, James A. Brennan and was the loving mother of six children including James Brennan of Manhattan Beach, California, Donald Brennan and his wife Linda of Houston, TX, John E. Brennan and his wife Cindy, of Old Tappan, the late Joseph Brennan, Thomas Brennan and his wife Alison, of Richmond, VA, and Mary Ann (Brennan) Ringsdore and her husband Steve, of St. Paul, MN. She was the oldest of six sisters and two brothers including Peggy Zilski of Hawthorne, Jack Damberg of Brentwood, TN, Joan Fastige of Morristown and was preceded in death by siblings Gertrude (Sunny) Cook, Arthur Damberg, Irene Damberg, and Elizabeth (Betty) O’Grady. Cherished grandmother to Donald Brennan and his wife Cathy, Jennifer (Brennan) Toney and her husband David, Ryan Brennan and his wife, Jennifer, Sarah Brennan, Katie Brennan, James Brennan, TJ Brennan and his wife Alex, Patrick Brennan, Mathew Brennan and Brittany Ringsdore. She was the loving great grandmother of two with one on the way. She had many loving nieces and nephews as well as grand-nieces and nephews. Ethel is also survived by her devoted caretaker of six years, Meri Koiava. Before her marriage to Jim, Ethel was a leading lady in Nutley High School plays and Nutley Community Theatre. She spent most of her adult life taking care of her husband Big Jim, and her six children and grandchildren. Ethel was a longtime member of the Glen Ridge Country Club where she frequently played cards. She was very active into her mid-nineties and was also a member of the Montclair Service Club, was an avid bowler and loved traveling and New York City. Visitation will be held Tuesday, February 9, 2016 from 4:00-8:00 pm at the Halpin-Bitecola Brookdale Funeral Home, 1284 Broad Street, Bloomfield, NJ. Funeral Mass will be held on Wednesday, February 10, at 10:00 am at St. Thomas the Apostle Church, 60 Byrd Avenue, Bloomfield, NJ. Interment to follow at Mt. Olivet Cemetery, 23 Cottage Place, Bloomfield. Family and friends are invited to attend a luncheon at Fitzgerald’s Restaurant, 13 Herman Street, Glen Ridge, NJ. In lieu of flowers contributions can be made in Ethel’s name to: Christ the King School, 239 Woodside Avenue, Newark, New Jersey, 07104.
To order memorial trees or send flowers to the family in memory of Ethel Damberg Brennan, please visit our flower store.