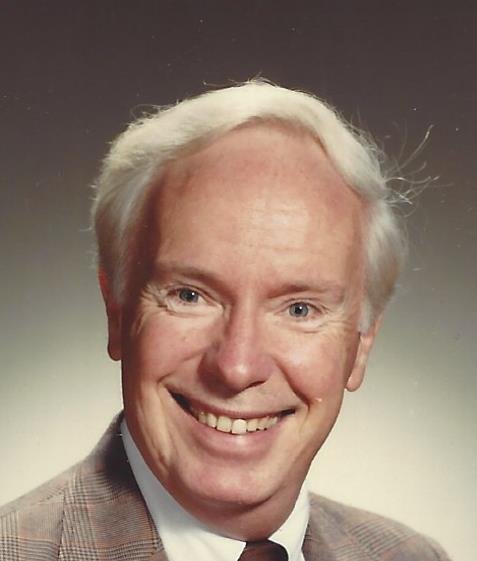 Born in Kearney, NJ on February 18, 1932 to the late Josephine and Allen Buckley. He was a long time resident of Bloomfield for 73 years.  One of the first to be baptized under a tent in St Thomas. Following his graduation from Bloomfield HS, he attended Fordham University and received his Master’s Degree in English and Speech in 1955, and later went on to earn an M.S. in Clinical Speech at Montclair State University followed by Graduate school. While at Fordham Gene participated in the following activities; University Council, vice president of the senior class, “Grail” (yearbook), Literary Society Thallans (dramatic club), co-chairman of the senior luncheon senior prom committee, Spanish Club, Glee Club, and Sodality of the Immaculate Conception. Gene spent 2 years in active duty in the US Army Ordinance Corps. Aberdeen, Maryland . Mr. Buckley was the speech therapist at the Cerebral Palsy School in Belleville and would entertain the children by dressing up as Santa Claus at the holiday parties. Then he taught at Our Lady of the Valley HS in Orange.  After leaving OLV he went on to teach English and Speech at Fairlawn HS for 29 years. He was also moderator for the Debate Club and assistant moderator for the Student Council.  The senior class voted him Most Popular Teacher 2 years in a row and Best Dressed Teacher.   After retiring, he taught part time as an English Professor at William Paterson University.   His students always spoke very highly of him and he prided himself on maintaining student discipline.   They learned humor from him and loved hearing about how he grew up during the great depression and about his Irish heritage.  Gene shaped and changed many lives. He was a very beloved teacher at Fairlawn HS. The impact that he made was legendary.  He was so passionate about education.   He loved going to New York City to see Broadway shows, the theatre,Shakespeare, dancing, listening to music, walking, going out to dinner and traveling. Eugene was predeceased by his brothers, Patrick Buckley and Brother Matthew Buckley.      He is survived by Maha and Andrew Treacy and their children, Jillian, Daniel and Christopher and friends and family. Eugene left all who knew him with the gift of laughter and many wonderful memories. Viewing will be at Halpin - Bitecola Brookdale Funeral Home, 1284 Broad St, Bloomfield, NJ on Friday from 5-8 p.m.  His funeral mass is on Saturday at 10 am at St. Thomas the Apostle in Bloomfield, NJ. Burial will immediately follow in Interment Holy Cross Cemetery in North Arlington.  In lieu of flowers please make a donation in his memory to either the American Heart Association or UNICEF.
To order memorial trees or send flowers to the family in memory of Eugene C Buckley, please visit our flower store.