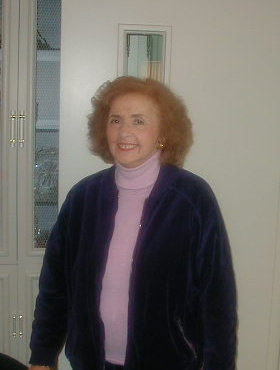 Frances Mandell Sax was born in 1924 and raised in Paterson, New Jersey. During her teenage years and early 20’s, she lived at the New Jersey shore and worked a number of jobs doing secretarial work for the war effort. In 1947, she married Sander Sax of Bloomfield. They lived in Bloomfield for several years before moving to Clifton in 1958. Although he died in 1992, she continued to live in the house independently until she moved to Winchester Gardens in Maplewood in 2015. She died there on August 12 at the age of 97. She is survived by her son Kenneth Sax of Evanston, Illinois, her daughter Diana Meadow of Oakland, California, and her grandchildren Jeremy and Erica Meadow. Her son Richard Sax died previously in 1995. Frances was known to all by her beautiful smile, her generous heart, and her love of people and life. The room brightened when she entered. She had a phenomenal memory and could still sing Broadway songs knowing all the words well into her 90’s. Her strength and determination pushed her to overcome whatever hardships life had to offer and to embrace new places and experiences with great enthusiasm. She and her husband Sander took many trips together, had a wide circle of friends who loved them and were active in the community. She never gave up when faced with difficult odds. At 94, she was still driving and running all of her own errands. She fell and needed hip replacement surgery at the age of 95; although she could not continue to live independently at that point, she kept a cheerful outlook for the next two years and dazzled everyone with her conversations recalling distant events in great detail. Her sweetness and love of life will be missed by all who knew her.
To order memorial trees or send flowers to the family in memory of Frances M Sax, please visit our flower store.