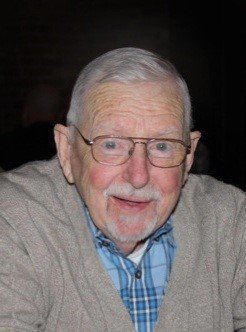 Francis X Allen, 82, of Bloomfield, NJ, passed away peacefully on October 28, 2020. Born at home during a snowstorm in Herrick Center, PA on February 21, 1938, to the late Vialis (Todd) and Thomas Allen, he grew up on a small farm with a general store and enjoyed hunting and animal husbandry. Francis attended the Williamsport Institute of Technology and excelled at drafting. He worked his whole career at Bendix/Honeywell in Teterboro, NJ. Francis (Frank) was a born storyteller, an avid history buff, and the nicest guy you ever met. He was Past Grand Knight of the Knights of Columbus Council 262 Perez and a founding member and president of the United Passaic Organization. Francis is survived by his wife, Celeste (Nardi) of 58 years; his three children Francis Allen Jr (Diane DiBattista), Maureen Allen (Beth Siegrist), and Mary Allen (Eddie Montague), his two grandchildren Jessica Scorzetti and Alexander Allen-Walden, and his four great-grandchildren. He is also survived by his siblings Thomas Allen, Glendora Allen, and William Allen. He is preceded in his death by his beloved brother Kenard Allen. There will be a service at St Peter’s Episcopal Church in Clifton, NJ at 10:00 am, Wednesday, November 4, 2020. An inurnment will follow at Glendale Cemetery. Due to Covid, masks and social distancing are required.
To order memorial trees or send flowers to the family in memory of Francis X Allen, please visit our flower store.