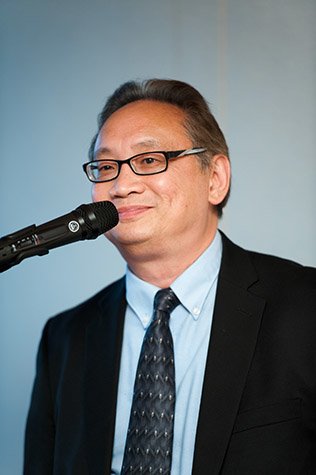 Francis (Kim Wah) Ng PhD, passed away peacefully on Easter Sunday, April 12, 2020 surrounded by his family as he entered the presence of his Lord and Savior, Jesus Christ. He was born in Kuala Lumpur, Malaysia. Francis received his Bachelor’s degree in Economics from University of Coventry, U.K and Master’s degrees in Finance and Statistics from University of Manchester, U.K. He later moved to New Jersey to work on his PhD at Rutgers University. It was during this time he began to work on Wall Street. Shortly after, he met the love of his life, Joyce (Zucnick). They married in New York City. They had four beautiful children: Eric (Emily- wife), Lianne, Jonathan and Gabriel. After working in New York for some years, they moved to Indonesia where he worked for a bank. Three years later, they returned to the states, working again in the finance area. In 2007, he left Wall Street, and found his passion teaching Finance at Rutgers Business School. He brought a wealth of industry knowledge to the classroom and deeply cared about giving his students the best education. He completed his PhD in 2014. Francis was an active member of the Gideon Ministry since 2010 where his leadership talents and love for God soon became apparent. He enthusiastically distributed God's word. He served as Essex Camp Chaplain faithfully as a spiritual leader with excellence. He became a frequent Church speaker and was promoted to Northern New Jersey's Chaplain's Assistant. He was to become the State's treasurer next fiscal year. He is survived by his wife (Joyce Zucnick Ng), four children; Eric and his wife Emily, Lianne, Jonathan, and Gabriel, his brothers (Ng Kum Fatt, Ng Kim Ming), sisters, (Ng Chui Chui, Ng Ping Ping, Ng Moey Mui, and Ng Bee Bee). In lieu of flowers and other forms of appreciation the family would like your gifts to go where his heart was, to the scripture fund of the Essex Gideons. Please mail gifts payable to: The Gideons International, c/o Deovy Jaico 14 Tuscan Road, Livingston NJ 07039. Service details to follow.
To order memorial trees or send flowers to the family in memory of Francis (Kim Wah) Ng, please visit our flower store.