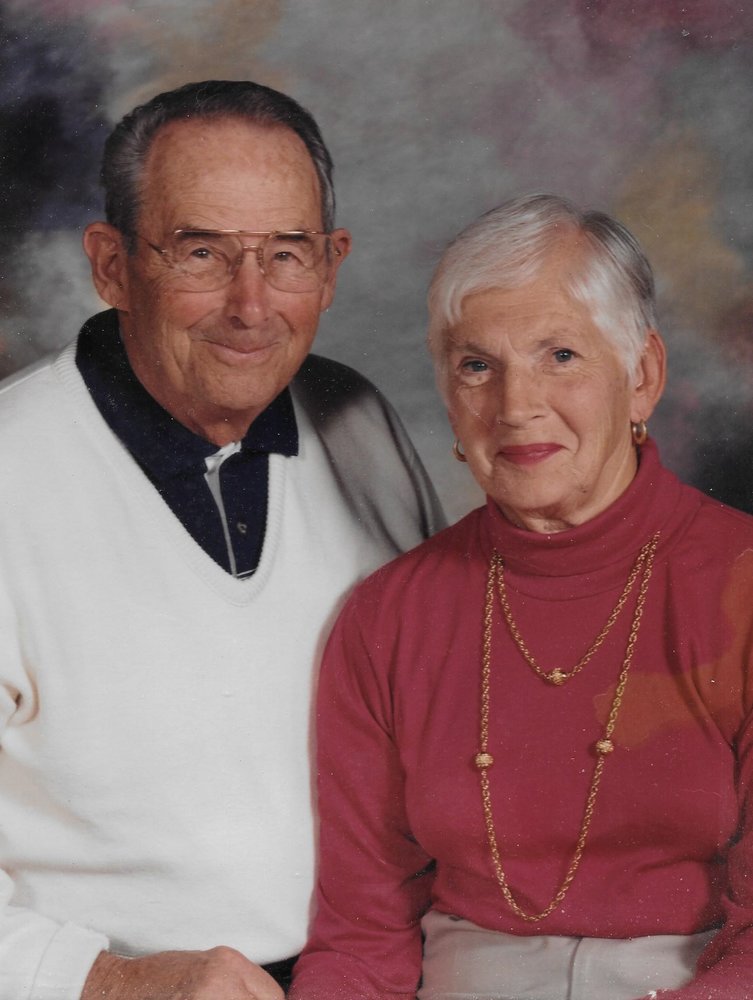 Frank J. Limpert of Crozet, VA, passed away on Monday, September 14, 2015. Born and raised in East Orange, NJ, Frank joined the Navy in 1942 and served on Combat Air Service Unit 43 in the Pacific and spent time on the island of Guam. After the war, he began working for Bell Telephone in NJ and remained there until his retirement in 1978 following 32 years of employment. Frank and his wife Irene lived well and were very active throughout their retirement years. Together they were always busy with travel, golf, bowling, gardening, boating, dancing, card games, good food, and even better cocktails. Frank was an active member of the Power Squadron, Knights of Columbus, Lyons Club, and Veterans of Foreign Wars. Frank lost his beloved wife Irene in 2011, but tried to live life to the fullest in his final years, most recently taking an Alaskan cruise at the ripe age of 93. Right up until the very end, Frank was sharp, outgoing, charming, and endearing. His catch phrase of “you made my day” coupled with a big smile could make anyone’s day in return. Frank approached life with enthusiasm and his positivity was contagious. Friends and family are asked to visit on Sunday, September 20th, from 2-5pm, at Halpin-Bitecola Brookdale Funeral Home, 1284 Broad Street in Bloomfield. A funeral mass will be held at Holy Name of Jesus Church, 246 Dodd St, East Orange, on Monday September 21st, at 10 am. Interment will follow at 1 pm at the Brigadier General William C. Doyle Veterans Memorial Cemetery, 350 Province Line Rd, Wrightstown, NJ.
To order memorial trees or send flowers to the family in memory of Frank J. Limpert, please visit our flower store.