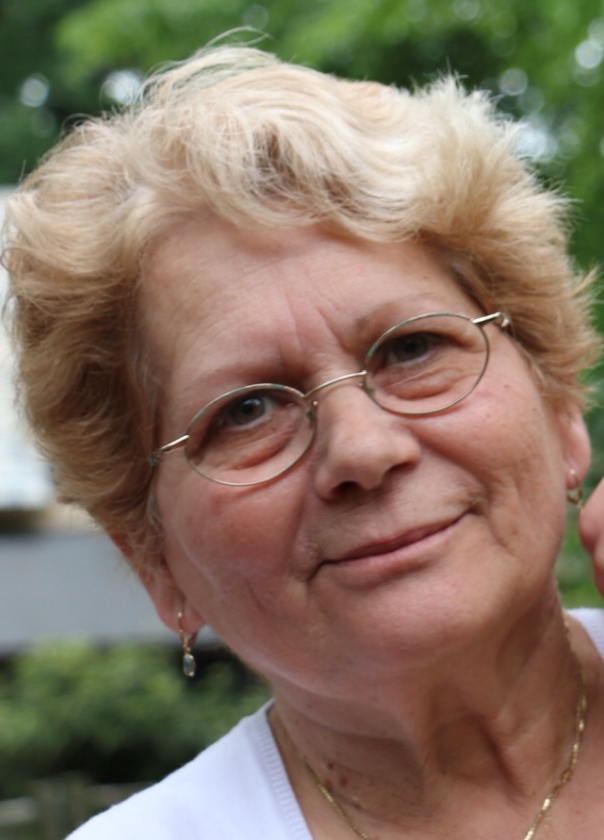 Geraldine Emmolo (born Girolama Pompea Manzo) emigrated from Cancello ed Arnone , Provincia di Caserta, to Newark NJ at the age of 16 in the summer of 1969. She would tell anyone who asked "they brought me here, don't ask me why". In 1974 she met her future husband Francisco ("Gino") through mutual friends. They married in the summer of 1975 and spent 46 years together. Her favorite pastime was busting his chops, much to his chagrin, but that was how she showed her love. They went on to have three surviving children. She suffered few true tragedies in her life, but the stillbirth of her first daughter was something she never forgot and never got over. She dedicated her entire life to her family. Her children Joana, Jiuseppe, and Francis could not have had a better role model when it came to boundless love and support. She was always there-no matter the need or time. She welcomed Joana's spouse to the family with open arms, but not before telling him "run Barry, there's still time!". Jennifer then came along in 2007 to marry her precious son-only 3 months after his cardiac bypass surgery, an incredibly emotional time for her. While not a true tragedy, the passing along of this genetic mutation resulting in severe heart disease, always weighed heavily on her. Knowing it wasn't her fault never assuaged the guilt. She had her first grandchild in 2004. Julia changed everything. Certainly, a surprise, but ultimately a new reason for living-and how she lived for her grandchildren. Emma and Gina (10), Daniel (9), Victoria (9), and Ryan (6). She put everything she had into being the best Nonni/Mama she could be. She never disappointed them. She was magical and they will grow to be better people because of the foundation she set. She always thought her grandchildren were special, but never realized she was the reason why. She was tiny, but fierce. Much larger than her 4'10 frame let on. Espresso loving. All heart and sharp wit peppered with profanity in three different languages. She loved having "people under my feet" and somehow always had enough food to feed an army. She loved to shop, even though all the shoes hurt her feet and she could never find a pocketbook she liked. Many thanks to her beloved niece Anna for suffering the many trips to Macys. She is survived by the above loved ones along with her brothers Pasquale, Francesco, and Roberto as well as her sisters Antoinette and Rosa. There are too many extended family and friends to name, but I know her in-laws and nieces/nephews are suffering her loss as well. Pupetta, La Tana, La Tia, Gera, Mama, Nonni, Geraldina and mommy will forever be in our hearts. God help us all if her absence is felt as strongly as her presence. Friends and Family may visit Halpin-Bitecola Brookdale Funeral Home on Thursday October 12, from 4-8 pm. A funeral service will be held at St. Thomas the Apostle Church in Bloomfield on Friday, October 15th at 9:30 am, with burial to follow at Immaculate Conception Cemetery in Montclair
To order memorial trees or send flowers to the family in memory of Geraldine Emmolo, please visit our flower store.