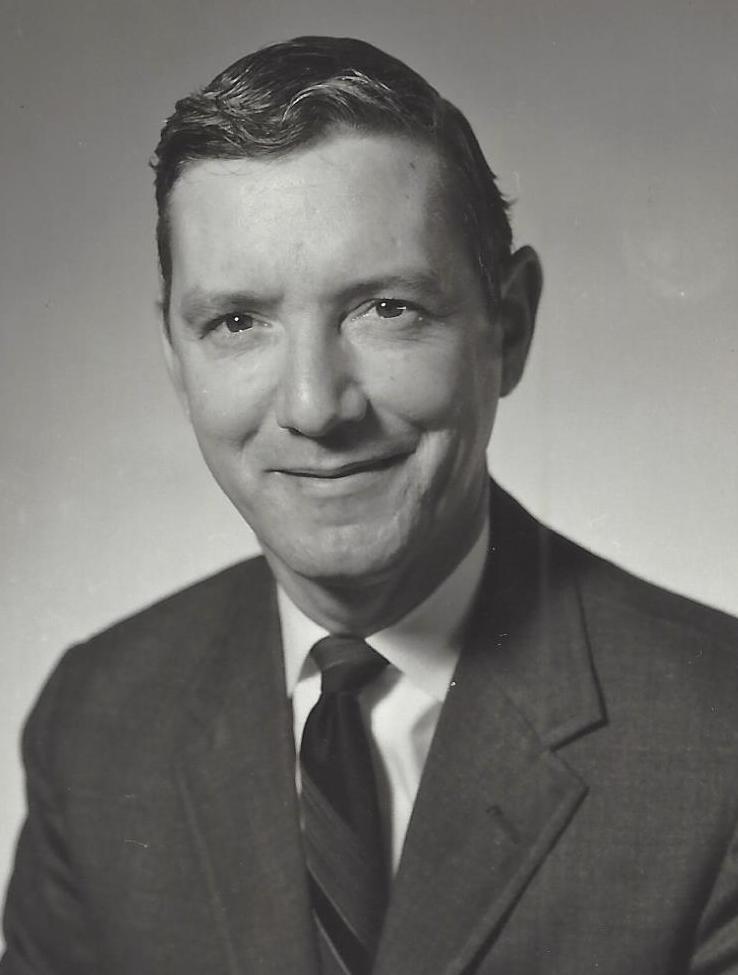 Gordon James Degnan (Jim), Father, Grandpa, Uncle, Friend, Neighbor, passed away on Monday, September 30th, 2019 surrounded by his family. Jim, a gentleman’s gentleman was born on October 6, 1927, in Bloomfield, NJ the youngest of the seven children of Peter and Madeline Degnan. A lifelong resident of Bloomfield, Jim graduated from Bloomfield High School in 1945. His very first job was working as a ‘Soda Jerk’ at The State Drug Store on Orange Street in Bloomfield. After graduation, Jim joined the United States Navy for a brief stint at the end of World War II. After the war, he returned to Bloomfield where he met and married the love of his life, Peggy.  They settled in on Lake Street in Bloomfield with Jim’s mother and had their first son, Jim Jr. Wanting to escape the hustle and bustle of downtown Bloomfield, Jim and Peg moved to what was once “country life,” the Brookdale section of Bloomfield. They found a house that at one time was the barn for a local farm on Leo Terrace and made it a home to continue their family creation. The family grew with the additions of Tim, Kathy, Janice, David, Jeffrey and Beverly, 7 in all. Always being the gentleman, when the need arose Jim invited not only his mother Madeleine but his mother-in-law Esther Crandall to live with him and his wife and seven children.

Jim was a hardworking man. He began his career at the Howard Savings Bank Newark, NJ as a bookkeeper and ended it at retirement as Vice President and Trust Officer. For a brief period, he also worked the night shift at the United States Post Office in Bloomfield. Always a devout Catholic, Jim was an avid volunteer at St Thomas the Apostle Church and School, performing any necessary duties ranging from working Bingo and clean-up committees to ushering on Sundays and counting the collections on Monday mornings. He even found time to act as many characters in the St. Thomas Parkway Spotlight Players musical performances.

Jim and Peg found life in their community fulfilled by their children as well as what would become lifelong friendships with their neighbors and fellow parishioners of Saint Thomas. This was truly Jim’s dream come true, watching his family grow, watering his grass, spending time with his Crandall “Outlaws” and drinking Shaefer beer with his neighbors. The simple things in life made Jim happy. In his retirement, he loved playing the piano, woodworking, gardening and not only found enjoyment with his grandchildren, but with his many granddogs as well. He had a wonderful sense of humor, with a quick wit and would find comedy in most situations.

Jim spent his final years at St. Vincent’s (St Joseph’s Healthcare) in Cedar Grove, NJ where he was loved and cared for by a wonderful staff, most especially his favorites, Beverly, Tia, and Rudy.

Jim was predeceased by his loving wife of 68 years, Jean Margaret (Peg), his parents and his siblings, Peter, Gene, Charles, Mary & Rita. He is survived by his sister Dorothy Bray, and his children, Jim and wife Amy of , Randolph, VT, Timmy and wife Mary of Verona, NJ, Kathy Fitzmaurice and husband Doc of Verona, NJ, Janice Fowler of Easton, PA, David and fiancé Reina of Toms River, NJ, Jeff and wife Celie of Bloomfield, NJ and Beverly and husband Chris of Nutley, NJ. He leaves behind a troupe of grandchildren including Justin Degnan, Rhiannon Degnan, Kyle Degnan, Kerry Taylor, and husband Danny, Evyn Degnan, Kaitlyn Degnan, Joe Fitzmaurice, Christopher Fowler, Shaun Degnan, Kevin Degnan, and wife Jen, Gabrielle Aliotta and Karah Degnan. Jim will also be missed by many nieces, nephews, and extended family and friends.

The Family asks that in lieu of flowers, donations should be made to St. Vincent’s Nursing Home Auxiliary, 315 East Lindsley Road, Cedar Grove, NJ 07009 in Jim’s memory.

To order memorial trees or send flowers to the family in memory of Gordon James Degnan, please visit our flower store.