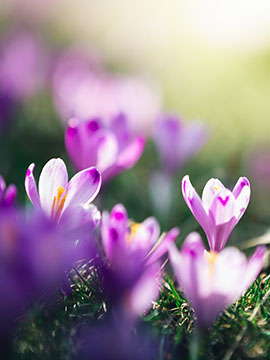 Grace Ho Chen, who, as the head of the children's section at the Livingston Public Library for almost three decades, helped to foster a love of reading in generations of children, died on Monday at the Green Hill Retirement Community in West Orange. She was 77. Or so her death certificate says. Anyone who came into contact with Mrs. Chen at the library _ from children who insisted at first that they hated reading to harried parents whose edges were instantly softened by her sunny attitude and mile-long smile _ might have assumed that she was always a child at heart. She was born in China and, after fled, with her family, to Taiwan just before the Communists took over the country. She received a bachelor's degree from Soochow University in Taiwan, then a master's degree in library science from Syracuse University. She married King C. Chen, who later became a professor of political science at Rutgers, in 1963, and they settled in Livingston in 1976. As the head of the children's section, she strove to make reading fun through games, contests and storytelling groups. She also introduced or popularized programs such as the Read to Me Club, which encouraged children up to age 4 to tell librarians about the stories their parents had read to them, and the Summer Reading Club, which offered prizes (like Baskin-Robbins Gift Certificates) to older children. Mrs. Chen had other job opportunities, including working for university libraries. But she stayed with the children's room, because, as she told the Star-Ledger in a 2005 interview, "I love children. They make me feel energetic." She also told the newspaper about a child who hated to read, but loved sports. So she gave the boy some sports biographies, and voila, the boy was hooked and grew to love reading. "Just let them read anything," she told the newspaper. Shortly after her retirement, Mrs. Chen was honored by the library, which dedicated the Grace Chen Children's Terrace in her honor. She resided in Livingston until a year ago, and stayed active by participating in choral groups, and seeing her grandchildren perform at talent shows and musical performances. She is survived by her two sons, both of whom are graduates of Livingston High School and Yale University -- David W. Chen, who is the City Hall Bureau Chief for The New York Times; and Donald T. Chen, who is a senior program officer for the Ford Foundation -- and five granddaughters. A memorial service for Mrs. Chen will be held at the Livingston Public Library, 10 Robert H. Harp Drive, Livingston, N.J. on Saturday, Sept. 21, at 10:30 AM. All are welcome. In lieu of flowers, Mrs. Chen's sons are asking that donations be made to the Ruth L. Rockwood Memorial Library, in her memory. Funeral arrangement are by Frank Halpin's Brookdale Funeral Home, Bloomfield. For directions and condolence messages please go to: www.halpinfh.com
To order memorial trees or send flowers to the family in memory of Grace Chen, please visit our flower store.