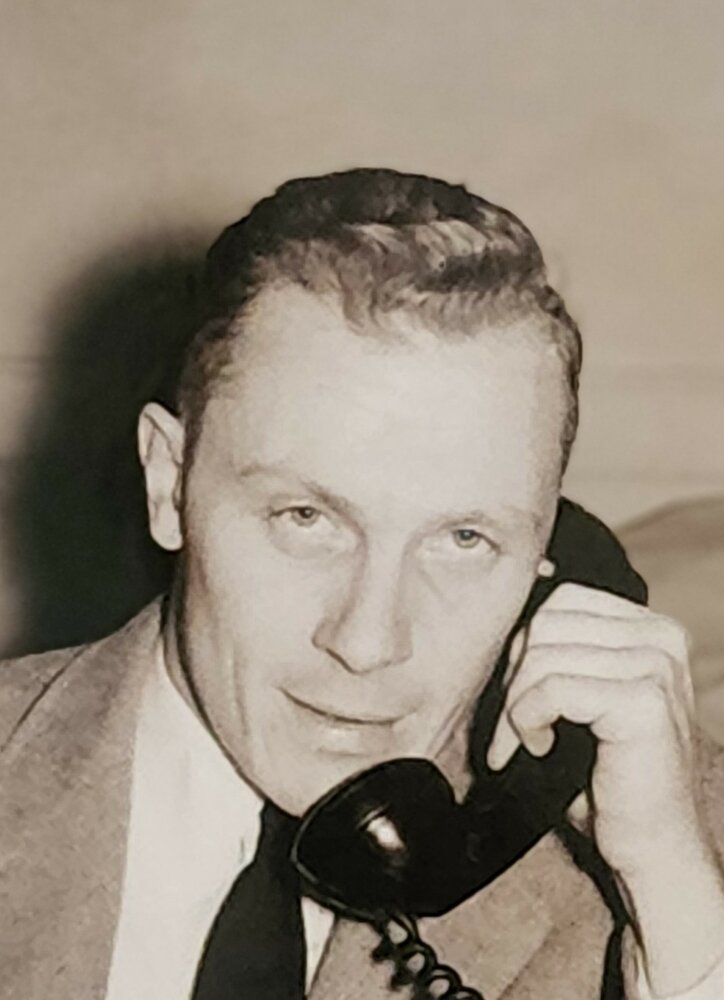 (01/08/30 - 07/12/22) On July 12th, 2022, the world lost one of its kinder souls, Hale Husted Carey of Montclair, aged 92. He was born at the dawn of the depression on January 8th, 1930 in Briarcliff Manor, NY on old Sleepy Hollow Road. He was the 3rd of four children of Westenra Henry Carey (Harry) from Crossmaglen, Ireland and Priscilla Husted Carey of Bedford, NY. He graduated from The Lawrenceville School in Lawrenceville, NJ and briefly attended the University of Virginia before entering the US Army where he achieved the rank of First Lieutenant and Served in the Tank Corps, 3rd Division. While stationed in Kentucky at Fort Knox during the Korean War, he fought as a semi pro feather-weight boxer and was proud to have trained at the same gym as Cassius Clay, though it turned out that boxing was not for him. Ultimately he followed in his father’s footsteps in advertising sales working territories across the Midwest and later the northeast making friends and adding a little magic wherever he went. Hale was a great observer of human nature, and delighted in our quirks and foibles. He was able to see the humor in most situations. He taught his children how to laugh at themselves and not take life too seriously. He had the gift to make most anyone laugh and feel welcome. He was a gracious, loving, hilarious, giving gentleman who touched and brightened lives. Were he here today he would want to comfort us in our sadness and make us laugh. Hale was a man of many passions who enjoyed learning to the end. He was an artist, a watercolor painter, a poet, a musician, and a natural born entertainer. He had a beautiful bass singing voice and enjoyed singing barbershop harmonies, as well as participating in many choirs and choral performances. He also had a lifelong love of world history and read and wrote passionately about history and religion, mostly in the form of poetry. His advertising career took him from Manhattan, to Evanston, IL, and back to the New York area where he and his wife raised their four children in Montclair, NJ. He retired to a lake house in Lenox, MA in the Berkshire Hills for nearly 20 years before moving back to Montclair to be near family. He is survived by his loving wife of 63 years Penelope Bryant Carey of NY, NY. He is also survived by his three adoring children Matthew Emmons Carey and his wife Meg Kennedy Carey and their 3 sons William, Tommy & James; Katharine Stilwell Carey (Kate) and her husband Charlie Hewitt and their two children Max & Ruby; and Elizabeth Carey Ceccio (Betsy) and her husband Dominick Ceccio and their children Matthew & Benjamin . Hale also leaves behind his younger brother James Husted Carey and his wife Jana Howard Carey and his loving sister-in-law Bonnie Bryant Hiller and her family. Hale’s two older sisters, Eva and Dody predeceased him. Hale was special to most everyone he met, bringing each into the fold and letting us in on the joke. A memorial service will be held Saturday, August 20 at 11 AM at the Presbyterian Church of Upper Montclair. In lieu of flowers, donations to the Wounded Warrior Project are requested. Interment of his ashes will take place at the Rockhill Cemetery in Foxboro, MA, after Labor Day.
To order memorial trees or send flowers to the family in memory of Hale Husted Carey, please visit our flower store.