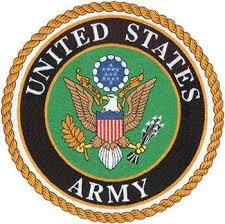 Harry L. Douglass, 78, of Auburn, passed away Monday, October 5th, at home. Born in Newark, NJ on August 30, 1937, he was a son of the late Howard & Hazle (Morgan) Douglass. He was the loving husband of Irene (Krepel) Douglass, whom he married November 8, 1969. Harry proudly served as a Private First Class in the U.S. Army from November 9, 1961 to November 8, 1965. He was formerly employed by Western Electric for 13 years as a machine operator, and for the Borough of Glen Ridge, NJ, water department as foreman for 25 years. Harry was an avid bowler, having played in both the Sportsters & Sportsman Leagues. He was also a member of the Minersville, PA American Legion and was a former president and Exempt Fireman in Glen Ridge, NJ. In addition to his parents, he is also preceded in death by his son, Michael J. Douglass, infant daughter, Theresa Anne Douglass, four brothers; Donald, Ronald, Robert & Richard Douglass, and a sister, Virginia Adams. In addition to his wife, Harry is also survived by two sons; Barry Douglass, SC, and Frederick Douglass, Ashville, NC, two grandchildren; Ryan & Amanda Douglass, two sisters, Hazle Allen, Kentucky, Ethel Skalski, Toms River, NJ, and a brother, Gerald Douglass, Sullivan, Missouri. A viewing will be held at Halpin-Bitecola Brookdale Funeral Home, Bloomfield, NJ, from 4:00 to 7:00 p.m. on Thursday, October 8th. A final viewing will be held Friday, October 9th, at the funeral home from 9:00 a.m. until the time of service. A Celebration of Life Funeral Service will be held at 10:00 a.m. at Halpin-Bitecola Brookdale Funeral Home, Bloomfield, NJ. Interment will be held following the service at Holy Cross Cemetery, North Arlington, NJ. At the family's request, memorial donations in Harry’s memory may be sent to Fox Chase Cancer Center, Attention: Institutional Advancement, 333 Cottman Avenue, Philadelphia, PA 19111-2497. Geschwindt-Stabingas Funeral Home, Inc., Schuylkill Haven, PA, and Halpin-Bitecola Brookdale Funeral & Cremation Service LLC, have been entrusted with arrangements.
To order memorial trees or send flowers to the family in memory of Harry L. Douglass, please visit our flower store.