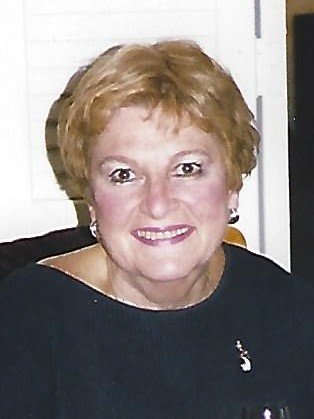 Helen Andrews Constas of Springfield, New Jersey passed away peacefully at her home on October 28th, 2020. She was the bride of Charles E. Constas who she was married to for sixty-four years. Her kindness and generosity will always be remembered. Helen was born on the 4th of December 1935 in Boston, Massachusetts and was the daughter and only child to Bessie and John Andrews.  She remained a dedicated member to the Greek Orthodox Church where she met and later formed a lifelong friendship with Virginia Constas. Before graduating Roslindale High School, she met her future husband Charles. It was love at first sight. She quickly married Charles, and moved away with him to Springfield, NJ where she would reside for fifty-six years and the remainder of her life. Shortly upon relocating from Massachusetts to New Jersey she later gave birth to two children, Stephen and Lisa. The Constas family annually traveled to Marco Island, Florida and extensively traveled the globe. They visited Venice, Zurich, Paris, Berlin, Prague, Rome, London, Athens and visited the Greek islands where their family emigrated from in the early part of the 20th century. She regularly enjoyed cooking, entertaining others, and shopping with her friends. She was a legal secretary for numerous high-profile law firms before later retiring. Helen’s devotion to her family was seen throughout her life and until the very end. She is survived by her husband: Charles, her daughter Lisa, son-in law David and her grandson Andreas.
To order memorial trees or send flowers to the family in memory of Helen A Constas, please visit our flower store.