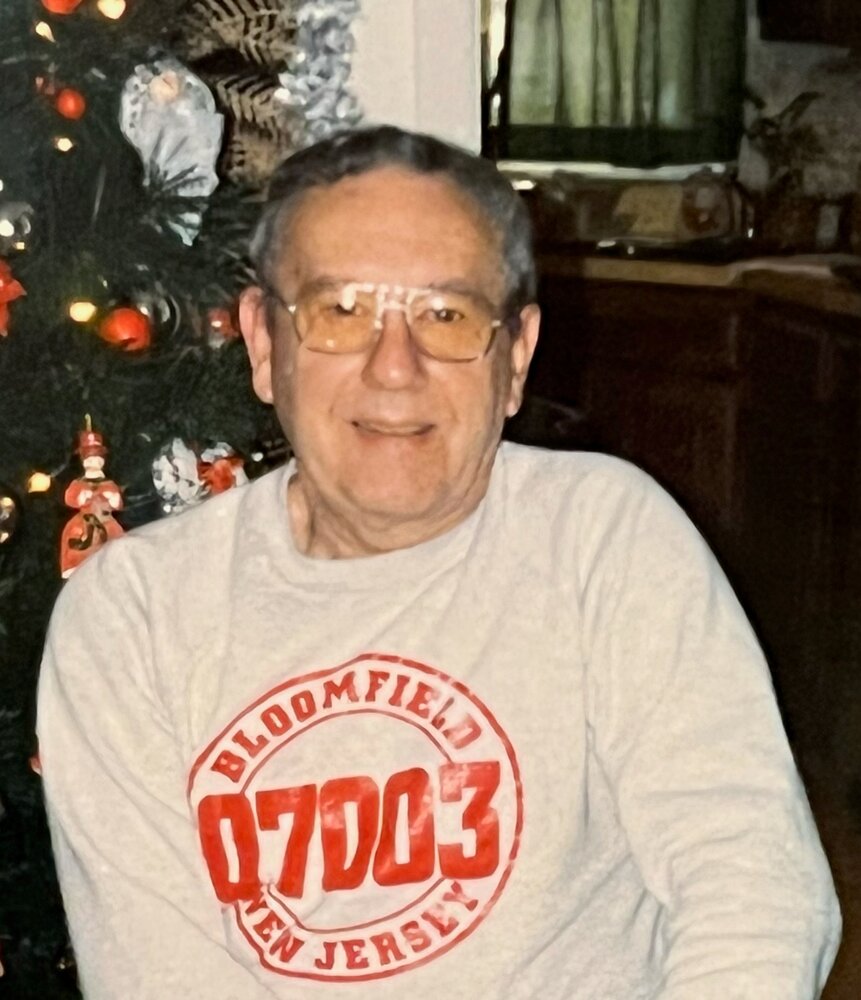 Herman Paul (Bud) Stollenmaier, of Bloomfield, entered into eternal life on April 19, 2022. He was 95. Herman was born in 1927, in Orange, NJ. He was the oldest child of the late Herman and Hilda (Beck), who immigrated from Rechberghausen, Germany. He lived most of his life in Bloomfield and graduated from Bloomfield High School in 1944. Herman raised his family and lived in the same house for almost 67 years, in the Brookdale section, right down the street from his sister Elinor and her family, creating many lifelong memories. Herman enlisted in the US Navy and served from 1945 to 1946. He received the American Theater Medal and the victory Medal during his service. While stationed in San Diego, CA he often spoke about attending the Rose Bowl Parade. Herman then followed in his father’s footsteps with the Tool and Dye business, eventually owning the H. Stollenmaier Company in Fairfield, NJ. The “shop” as it was lovingly called was not only a place of work. Many family gatherings were held on the property in its apple orchards. The Stollenmaier clan enjoyed feeding the neighbor’s horses, playing horseshoes, dining on authentic German food, and appreciating each other’s company. Eventually, Herman retired from the business and sold the property. He then worked for 10 years at Provident Savings Bank in Bloomfield Center before officially retiring altogether. Herman was predeceased by his parents Herman and Hilda, sister Elinor and brother Richard. Left to cherish his wonderful memories are his beloved wife June Ann (Sharry), whom he was married to for over 68 years; daughters, Jo Ann Lechich and her husband Tony, of Charlotte, NC, Barbara Arena and her husband Anthony, of South Orange, NJ; son, Robert Stollenmaier and his wife Natalie, of Morristown, NJ; 4 grandchildren, Anthony (Kayla), Lechich, Michael (Mary Pat) Lechich, Gabrielle Arena, Shari Ann Arena; great-grandchild, Caroline Lechich, who affectionately called him “Buddy”; brother Donald and his wife Susi, of Morristown, NJ; many nieces and nephews; good neighbors, especially the Bloomfield firemen at Station #4. Friends and family may visit on Friday, April 22, from 4 – 7 pm, at Halpin-Bitecola Brookdale Funeral Home in Bloomfield, NJ. A funeral service will be held on Saturday, April 23rd, at 10 am at St. Thomas the Apostle Church in Bloomfield. In lieu of flowers, a memorial donation may be made in Herman’s name to St Jude at stjude.org.
To order memorial trees or send flowers to the family in memory of Herman Stollenmaier, please visit our flower store.