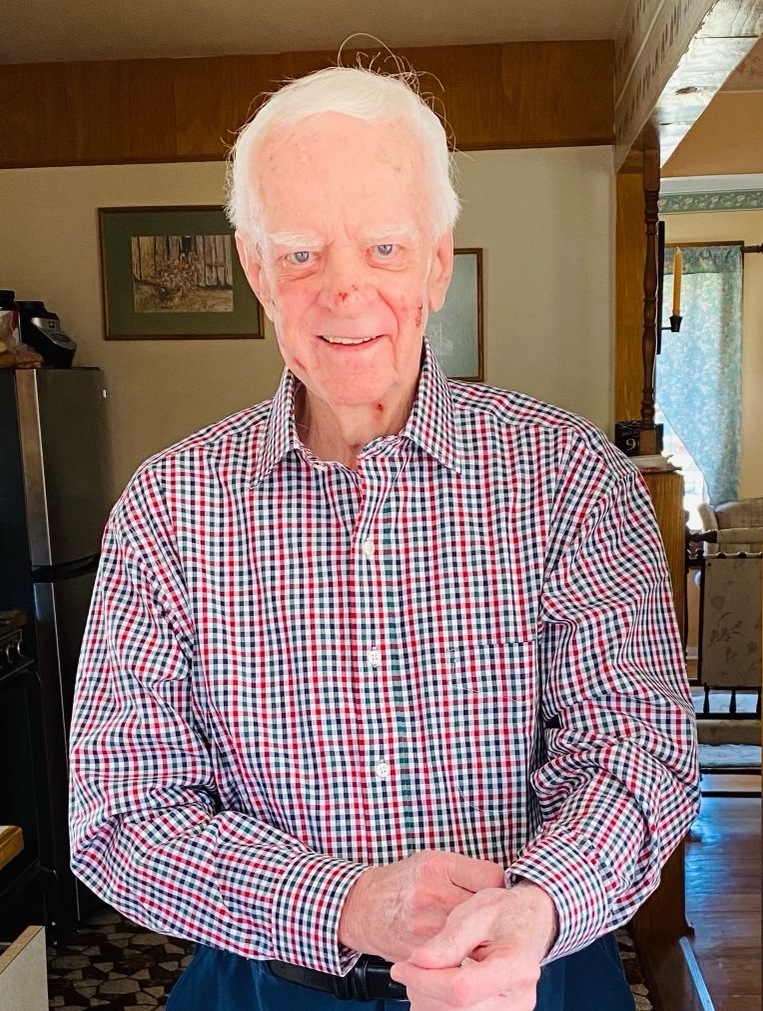 John William “Jack” France, 91 was born in Newark, NJ and then lived in Bloomfield, NJ for 64 years. He was a dedicated Army veteran, husband, father, grandpa, great-grandpa and friend. After serving in the military, Jack began a career in sales and was an avid crafter/woodworker. After retirement, he was a crossing guard in Montclair, NJ for 25 years where he had a positive influence on many young people. He was a proud Boy Scout and served as a leader for over 50 years. He never met a stranger and was well-loved by everyone. Jack always said, “You do good things and good things will happen to you". Jack was preceded in death by his beloved wife of 57 years, Peggy. He is survived by his children, Roddy France (Linda), Cindy Davis (Don), Jeff France (Lynn), five grandchildren, Stacey Turner (Eric), Joseph Swidrak, Kimberley France (Vinny), Jonathan France (Nicole) and Jamie Lynn France (Marco), two great-grandchildren, Brandon and Alyssa Turner and his feline friend, Piper. In lieu of flowers, donations can be made to The American Cancer Society in his honor. We will be celebrating Jack’s life on Sunday, August 8th @ 1:00 p.m. by having an "Outdoor Gathering" in the cul de sac at 42 Wells Court, Bloomfield, NJ. Please join us in casual attire to enjoy Jack’s favorite foods and fellowship.
To order memorial trees or send flowers to the family in memory of Jack France, please visit our flower store.