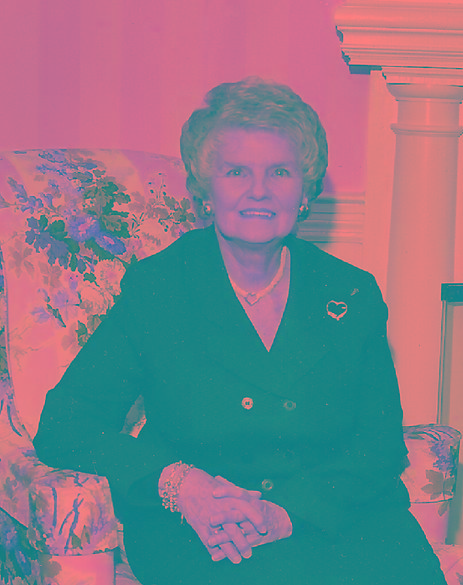 Jane Regan Larkin passed away peacefully on October 20, 2014. Jane was a loving wife, mother, teacher and friend. She was long time resident of Glen Ridge, NJ. Jane was born on January 29, 1929 in Newark, NJ. Raised in Nutley, NJ, she attended Spring Garden School and later attended St. Thomas the Apostle School in Bloomfield, where she was a member of its first graduating class in 1941. Jane then attended Our Lady of Good Counsel High School in Newark and graduated in 1945. In 1949, she received a Bachelor's Degree in Home Economics from St Elizabeth's College in Convent Station, NJ. After graduating, Jane taught Home Economics for 11 years in the Newark Public Schools. In 1955, she received her Masters in Education from Seton Hall University (with a specialization in Administration from Cornell University). Jane was a devoted 5th grade teacher for 25 years at Our Lady of Sorrows School in South Orange, NJ and was the recipient of the "Teacher of the Year" award for the Archdiocese of Newark, NJ. She volunteered for many years at St Vincent's Nursing Home in Cedar Grove, NJ and continued in her retirement to visit and assist patients weekly. The last eight years of Jane's life were spent at Green Hill Retirement Community in West Orange, NJ. Jane is predeceased by her loving husband, Michael John Larkin Esq. (who for much of his life practiced law in Bloomfield, NJ). She is also predeceased by her parents Margaret Fitzmaurice Regan and Henry Martin Regan, both of Nutley, NJ and her sister, Marie Regan Van Houten of Greenwich, CT. Jane was a beloved Mother and Grandmother and leaves behind her four children and their families: Michael J. Larkin Jr.and his partner, Michael Picon; Timothy A. Larkin and his wife, Denise Esposito Larkin, and their two daughters Jade and Ava; Thomas M. Larkin and his wife, Janine Gravinese Larkin, and their two children Jillian and Christian; and Margaret Larkin Breen and her husband, William P. Breen Jr.and their children William, Brendan, and Emily. Jane was the beloved Aunt of many devoted nieces and nephews. Jane was also blessed with many loving and supportive friends. Visitations will be held on Friday, October 24th 3:00 pm- 5:00 pm and 7:00 pm- 9:00 pm at Frank Halpin's Brookdale Funeral Home, 1284 Broad Street, Bloomfield, NJ. The funeral will be 8:45 am Saturday, October 25th from the funeral home. The Funeral Mass to be celebrated at 10:00 am in Sacred Heart Church, 76 Broad St, Bloomfield, NJ. Interment to follow in Immaculate Conception Cemetery, 712 Grove Street, Montclair, NJ. In lieu of flowers, memorial contributions may be made in memory of "Jane R. Larkin" to the Immaculate Conception Seminary, 400 South Orange Avenue, South Orange, NJ 07079. Please visit www.halpinfh.com for directions and condolence messages.
To order memorial trees or send flowers to the family in memory of Jane Larkin, please visit our flower store.