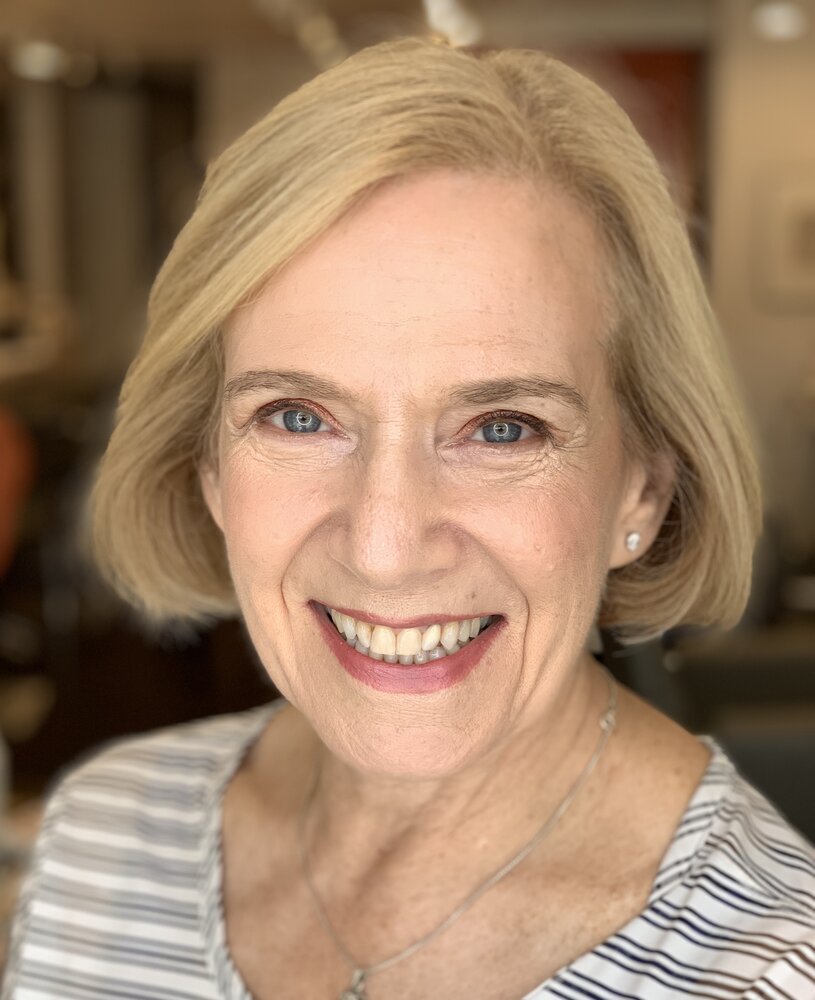 Jane Michele Phelps, age 74, passed away surrounded by loved ones after a brief battle with lung cancer on November 25, 2021. She is survived by her husband Fred, kids Sarah and Adam; son-in-law Pes, daughter-in-law Shanna; grandkids Duncan, Sadie, Rex and Teddy; siblings Freddie, Doris and Mitchell; nephews Mike, David, Paul, Tim, Noah, Ethan; and niece Jessica. Born June 20, 1947, in New York City, Jane was the grandchild of immigrants who fled Eastern Europe's pogroms, arriving in the U.S. at Ellis Island. Raised in poverty in NYC with her three siblings by a single mother, Lilian Bruntel, Jane always considered herself a true embodiment of the "American Dream." She attended George Washington High School, and then attended Lehman College, part of the City University of New York, graduating in 1969. It was there that she met her future husband and lifelong companion, the love of her life, Fred Phelps. Fred, though only four years her senior, was her Psychology professor. Jane always made sure to tell folks who were alarmed at their "meet cute" that, though she may have batted her eyelashes at Fred once or twice in class, they made sure not to date until after she graduated. They were married in the Bronx, NY in 1974, and moved to Montclair, New Jersey in 1977. They happily remained there for the next 44 years, raising Sarah and Adam. Jane never refused a challenge, or passed on the opportunity to try new things. In the early 1970's, she was one of the first females accepted into the management training program at Bell Telephone (later renamed AT&T). While working at AT&T, she steadily moved up the corporate ladder, while also finding time to earn a Master's Degree from Montclair State University. And, of course, she did this all while raising two kids. Both kids fondly remember her in the stands at their sporting events in her business suits, having rushed straight from work. She also served as Temple Ner Tamid's Vice President of Finance for two years. After working in management at AT&T for more than 20 years, she took an early retirement offer and became a consultant in human resources training. After multiple knee and hip replacements showed her the benefits of physical therapy, exercise and weight training, she became a licensed personal trainer. While visiting Chinese universities on a trip in 1998, she was much taken with talking to students trying to learn English, and she spent her free time going to "English Corner" (which many universities had at the time) to practice English with the students. Upon returning, she decided she wanted to teach and embarked on a career in academia, eventually becoming a tenured associate professor of Speech and Communication at Bergen Community College. Even as she battled cancer over the past year, Jane engaged in push-up challenges with her grandkids. Never one to rest, after her second retirement she volunteered as a docent at the Turtle Back Zoo, where she delighted in tackling the high ropes adventure course, and showing off her knowledge of the penguins. She was especially proud of her friendship with Marcel, the lion. This was not her first battle with cancer. Jane was a breast cancer survivor, who was proud of never missing a day of teaching while receiving treatment. No recounting of Jane's life would be complete without describing her incredible adventures with the love of her life, Fred: her trusted luggage handler, navigator, and chef. By one conservative estimate (her own), she visited 59 countries. The true number is likely far higher. As a small sampling of her adventures, she and Fred stayed in a yurt in Mongolia, rode camels in Morocco (and Egypt, and Jordan, and...), sailed down the Nile (and saw the Pyramids), hiked in the Amazon, went on a safari in Botswana (and South Africa, and Zambia). She hiked to Machu Picchu, in Peru, on what can only be described as an epic "girls trip" with Sarah. Jane's eastern European heritage and ancestry were important to her- on one trip to Hungary and Romania, she and Fred bribed some guards to allow her to slip over the border into Ukraine (then at war with Russia) and visit her ancestral homeland, the Galicia region of Ukraine. She loved seeing theatre in London, visiting museums in Paris, and everything (and everywhere) in Italy. But without a doubt, her favorite trips were to California, to visit Sarah, Pes, Rex and Teddy; and the annual family Christmas vacation, when the whole clan gathered in a different locale each winter (Santa Fe was a particular favorite of hers). She reveled and excelled in her final role, as Grandma Jane. She spent years driving Duncan and Sadie all over New Jersey to soccer practice and games. She was a vocal supporter on the sidelines at all of their games. She took them on trips to Washington DC, to museums, zoos, and just about anywhere where a kid could learn something interesting about the world and also get ice cream. When in California, she loved walking Rex and Teddy to school and picking them up at the end of the day. All of the teachers knew her by name, and she made sure she was there every August on the first day of school. When not in California, she read books and played chess and Battleship with them via FaceTime. She loved playing Harry Potter trivia with Rex and Teddy (to our knowledge, the only game in which she was happy to lose), and listening to them play piano. There is no replacement for Jane. She will be missed. The family will be receiving visitors at their home from 4 to 7 pm Sunday and 5 to 8 pm on Monday. Donations in Jane's memory can be made to The turtle back zoo, https://store.zoologicalsocietyofnj.org/singlepage/donation.cshtml?productid=712
To order memorial trees or send flowers to the family in memory of Jane Phelps, please visit our flower store.