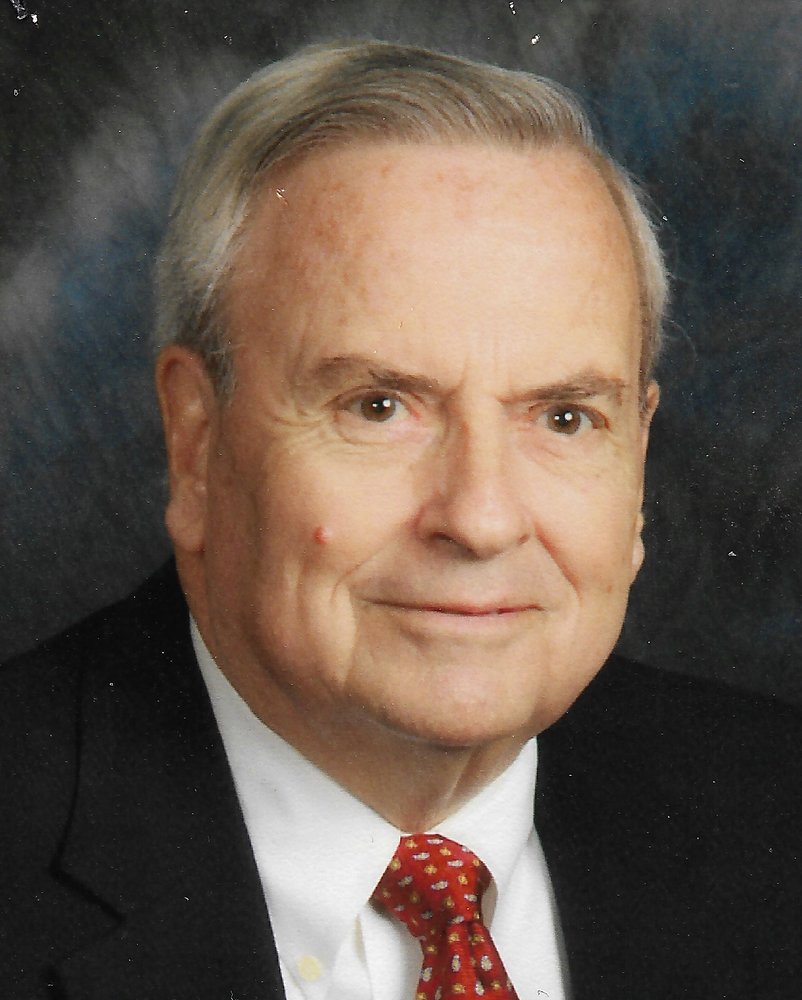 John W. “Jack” Howard passed away peacefully on May 7, 2021, after a long and wonderful life surrounded by his loving family in his last days. Visitation will be at the Halpin-Bitecola Brookdale Funeral Home, 1284 Broad Street, Bloomfield, NJ, on Friday, May 14, from, 3:00 pm to 7:00 pm. A prayer service will be held at 11:00 am on Saturday, May 15, at the funeral home. Interment will follow at the Gate of Heaven Cemetery in East Hanover, NJ. Jack led a remarkable life. He was born in Glen Ridge, NJ, on August 7, 1931, to Dorothy Phair Howard and Ernest Howard. He and his brother Bob were raised by “Dot”, a single mother, through the depths of the Great Depression and the turbulent World War II years. He developed his strong character through the value of hard work at a young age. As a youth, he cut grass, shoveled snow, set pins at a bowling alley, and was a “soda jerk” in a local drug store. He was a 1949 graduate of Bloomfield High School where he was Class President in his Junior and Senior years. He attended Cornell University until he enlisted in the U.S. Navy during the Korean War. He served from 1951 to 1955 as an Electronics Technician. After his discharge from the Navy, Jack worked at the Bell Telephone Laboratories on the development of the first Electronic Switching System in the Bell System. While working there, he met the love of his life, Mary Walsh, and they were married on September 1, 1956. They remained married for 62 wonderful years. He continued his education and in 1959 he received a B.S. degree in Electrical Engineering from Newark College of Engineering. While at NCE, he was a member of the Tau Beta Pi and Eta Kappa Nu honorary engineering societies. Upon graduation, Jack worked for NJ Bell Telephone in numerous management positions and retired in 1989. Jack and his wife Mary were blessed with three sons. As remarkable a man as he was, he was an even more extraordinary father and husband. While raising his family, he was active in the Bloomfield PTA and Oakview Little League, the Bloomfield Babe Ruth League, and the Bloomfield Cub Scout Pack #23, and Boy Scout Troop #23. He took great pride in the scholastic and athletic achievements of his children. He especially enjoyed playing many rounds of golf with them at some of the most famous courses in the world, particularly at St. Andrews in Scotland, California’s Pebble Beach, and TPC Sawgrass in Florida. He also enjoyed traveling with his family and spending many pleasurable summers with them at their summer home in Ocean Beach, NJ. He was a devoted and loving husband, father, grandfather, and great-grandfather. His wife, Mary, predeceased him in June 2019. He is survived by his three beloved sons: Jack and wife Kelly, of Silver Spring, MD; Jeffrey and wife Kathy of Clinton Township, NJ; and William of Ponte Vedra, Florida. He was also the proud grandfather of seven cherished grandchildren: Ben and Molly of Olney, MD; Megan and Erin of Clinton Township, NJ; and Brian, Christopher, and Matthew of Ponte Vedra, FL. He was also the great-grandfather of John, Daniel, and Theo, of Olney, MD. He is also survived by his twin brother, Robert, of Morris Township, NJ. In lieu of flowers, donations can be made in his memory to St. Thomas the Apostle Church. 60 Byrd Avenue, Bloomfield, NJ, 07003.
To order memorial trees or send flowers to the family in memory of John Howard, please visit our flower store.