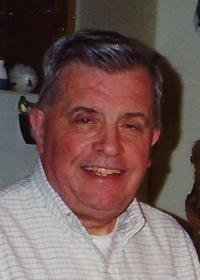 Jack was predeceased by his wife Margaret “Peggy” King and his parents John and Catherine King. He leaves behind, his three sons, John and his wife Joyce, James and his wife Francine, and Jeffrey and his husband Scott. Jack also leaves behind his loving grandchildren Katelyn, Jimmy, and Kimberly, and a brother, Thomas Maxwell King.

Jack was Army strong. He was very proud of his service in the US Army and served as part of the Allied Occupational Forces in post-war Germany in the 1950s. Jack enjoyed watching Penn State and Notre Dame football, cared for and brought home a number of stray dogs. Earlier in his career, Jack held the position of President of Monarch Savings and Loan in Kearny, New Jersey. He enjoyed his retirement years living in Toms River, New Jersey with his wife Margaret.

Friends and family may visit on Sunday, October 6th from 3-6 pm, and Monday, October 7th from 9-10 am, at Halpin-Bitecola Brookdale Funeral Home in Bloomfield. Funeral services will be held on Monday, October 7th, at 10 am, at the funeral home. Interment to follow at Immaculate Conception Cemetery in Montclair.

In lieu of flowers, please consider a donation in John’s name to the Clifton Animal Shelter; Friends of the Shelter, Inc. P.O. Box 4923, Clifton, NJ 07015.

To order memorial trees or send flowers to the family in memory of John Daniel King, please visit our flower store.