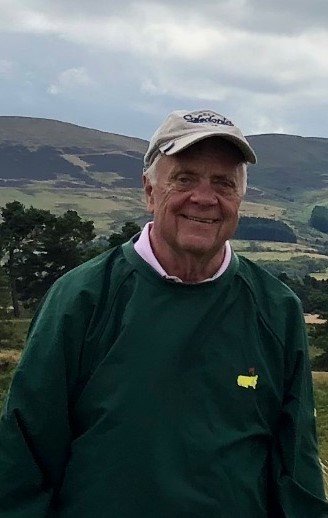 Please Note If attending services, it is a requirement that you MUST wear a mask and practice social distancing. John O’Leary (better known as Jack),long time resident of Bloomfield, passed away on July 1, 2020. He was 70. Jack was the son of John and Jeanne and raised in Baldwin, Long Island with his sisters BettyAnn and Janet. When he was in 11th grade, he began dating the love of his life, Annmarie Dennis. They were married on January 23, 1971. Before the year was up, John saw the birth of his first son, Shawn (married to Christy; children: Jordan and Allie). Two years later in 1974, Chris (married to Jessica; children: Ryan, Matty, and C.J.) was born, followed by Kevin (married to Liz, children: Paige and Addison) in 1977 and Bryan (married to Amy; children: Paxton and a daughter due at the end of the month) in 1982. As the boys grew up, Jack volunteered his time to coach baseball and football. For his many years of service and dedication to the Bloomfield Northern Little League and William Foley Football, he was acknowledged by former Mayor James Norton, who proclaimed June 25th as John O’Leary Day. Prior to starting a family, Jack proudly served his country as a member of the 101st Airborne Division of the United States Army. Upon his return from the war, he found himself working alongside his father as an ironworker and began his residency in Bloomfield. As an ironworker, one of the first jobs he was on was the Twin Towers, which his father was the lead foreman. After the devastating attack on 9/11 and the collapse of Twin Towers, he postponed his retirement until the Freedom Tower was created, as this was the last building he worked on. He retired having worked over 40 years as an ironworker. In his retirement, he was able to spend more time with his wife and visiting his grandchildren. In addition to creating memories with his grandchildren, Jack enjoyed playing and watching golf, going to football games with his boys and grandchildren, and attending Old Timers Day at Yankee Stadium with his sister, Janet. For those who knew or came in contact with him, there was never a negative moment or comment. He was respected and admired by all…an absolute one of kind... and we are forever grateful to have had him in our life. He lived the way we all should – in service of family, always smiling, laughing and encouraging. Friends and family may visit on Monday, July 6th, from 4-8 pm, at Halpin-Bitecola Brookdale Funeral Home. A funeral mass will be held at 9:30 am on Tuesday, July 7th, at St Thomas the Apostle Church in Bloomfield. Interment will follow at Holy Cross Cemetery in North Arlington. In lieu of flowers, donations in Jack’s name may be made to any charitable organization of your choosing.
To order memorial trees or send flowers to the family in memory of John F O'Leary, please visit our flower store.

Please Note: If attending services, it is a requirement that you MUST wear a mask and practice social distancing.