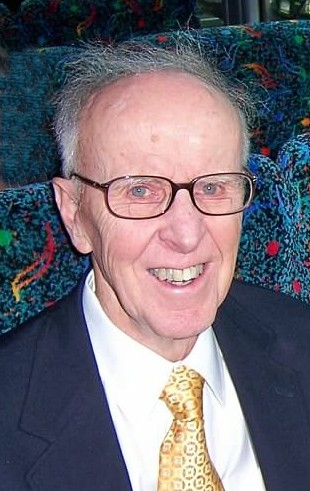 September 21, 1924 ~ October 27, 2014 Son of the Late CHARLES and ANNA LINDSTROM JOHNSON Husband of the Late LORRAINE CURRY JOHNSON Father of DIANE JOHNSON JANE BODMAN Brother of ELSIE CASSIDY And of the Late ARTHUR JOHNSON ~ VIVIAN HAMILTON Mr. Johnson attended Pratt Institute in Brooklyn, NY, graduating in 1950 with a degree in Chemical Engineering. He later worked for Royal Insurance in New York City. He was a Veteran of the U.S. Army, proudly serving in World War II. Residing in Bloomfield, NJ for 52 years Mr. Johnson enjoyed his family, gardening, jogging and reading. He was a long-time member of Swedish Vasa Order Tryggve #88 in Clifton, NJ. ~
To order memorial trees or send flowers to the family in memory of Karl Edwin Johnson, please visit our flower store.