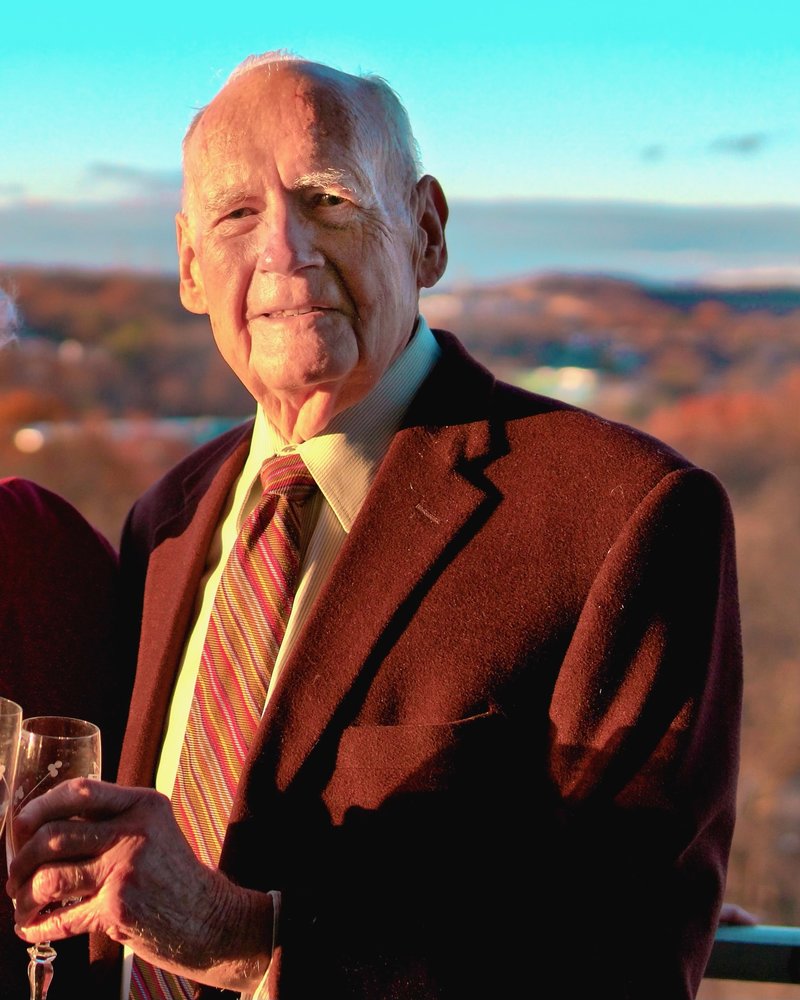 Kenneth von Schaumburg July 27, 1932–June 24, 2021 Kenneth von Schaumburg, 88, of Clifton NJ passed away peacefully on Thursday, June 24,2021. He was a longtime resident of Bloomfield NJ. Ken was born in Bayonne NJ to Leo and Jean (Leonard) von Schaumburg. He is a graduate of St. Peter’s Prep, Jersey City (1950), Cornell University (1954) and Columbia Law School (1960). He served as a Lieutenant in the US Army in Germany 1955-1956. Ken was a partner at Moser, Roveto, McGough and von Schaumburg of Hudson County for most of his career, and then had a private practice in Nutley, NJ until his retirement. Ken was a respected and compassionate lawyer known among his peers for his honesty and integrity. He was a member of the Hudson County Lawyers Club and Hudson County Lawyers Association. In 1959, Ken married Alicia Malone and soon settled in Bloomfield. He is survived by Alicia, their six children, Mary Anne Burns (Steve) of Charlottesville VA, Jeanne of Montclair NJ, Patty of Jersey City NJ, Alicia Aslami (Brian) of Tenafly NJ, Ken (Leah) of Alexandria VA, and Carolyn Brickner (Dan) of Haddonfield NJ; twenty grandchildren—Kate (Manolis Kargiantoulakis), Conor and Owen Burns; Jack, Egan, Kenneth and Mary Grace Carroll; Rose and Desmond Watkins; Colleen, Erin and Lauren Aslami; Colette, Alix, Teddy and Rory von Schaumburg, Chase Malone; Leo, Henry and Campbell Brickner; one great-grandchild, Althea Knight; and many nieces and nephews. Ken is also survived by his dearest friend, Rev. Maynard Nagengast of Newark NJ. He was preceded in death by his brother Leonard and grandson George Brickner. Ken’s greatest joy was his children, grandchildren and great-grandchild. He was an avid minor league baseball fan, and loved taking his grandchildren to games. (He loved everything about baseball except the “ground rule double”.) He kept close ties with his St. Peter’s Prep 1950 classmates, and was thrilled that his son Ken, and grandsons Kenneth and Desmond attended there also. Ken was active in his church parish of St. Thomas the Apostle, especially in the ministry of lectoring. In his retirement years he enjoyed fellowship, good conversation and eating out with friends from his Prep class, his church, and his community. Friends and family may visit at Halpin-Bitecola Brookdale Funeral Home, 1284 Broad St, Bloomfield on Monday, June 28, 3:00 PM to 8:00 PM. A Funeral Mass will be celebrated at St. Thomas the Apostle Church, 60 Byrd Ave., Bloomfield, on Tuesday, June 29 at 9:30 AM. Interment will follow at Holy Cross Cemetery, 340 Ridge Rd, North Arlington, NJ 07031
To order memorial trees or send flowers to the family in memory of Kenneth von Schaumburg, please visit our flower store.