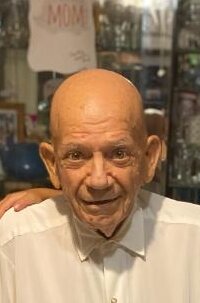 On Wednesday, January 12, 2022, Lorenzo Carella, loving husband, father of two and grandfather of six, passed away. He was 77 years old. Lorenzo was born on August 15, 1944, in Roccella Ionica, Calabria, Italy, the fifth of eight children. When he was seven his family moved to Buenos Aires, Argentina. Always one to put his family first, by the age of eight he had started taking on jobs and caring for his younger siblings. While he had to fully drop out of school at 15 to work fulltime, by 21 he was traveling the country as a successful General Electric Company account representative. At 24 Lorenzo traveled to Brooklyn, NY, to visit his uncle. It was in his uncle’s home that he would meet Marianna Ritorto, the women with whom he’d share the rest of his life. They recently celebrated 52 years of marriage. What Lorenzo lacked in formal education he more than made up for in life experience. He had a sharp mind and could figure out how anything worked. He was a handyman unafraid to tackle complicated projects. Whether doing his own home renovations or repairing boilers in the schools where he worked, his hands were never idle. More importantly, family, friends, colleagues, and even complete strangers could always count on him to step in and lend a hand where needed. He gave freely of his time and knowledge and made friends effortlessly. It was rare not to see these friends drop in for a cup of coffee and leave with a bag of fresh fruits and vegetables from the impressive Carella gardens. Lorenzo is preceded in death by his parents Cosimo Carella and Marianna Femia Carella, and by his siblings Domingo, Anna, Salvador, Pascual, Gaetano, and Vicente. He is survived by his wife Marianna Ritorto Carella, his daughters Susana Carella (Cesar Cortez) and Alicia Carella Blehl (John Blehl), his grandchildren Anthony, Vanessa, Nicholas, Kassandra, John and Patrick, his brother Pepe Carella, several cousins and numerous nieces and nephews. Due to the covid-19 virus, no memorial service is currently planned.
To order memorial trees or send flowers to the family in memory of Lorenzo Carella, please visit our flower store.