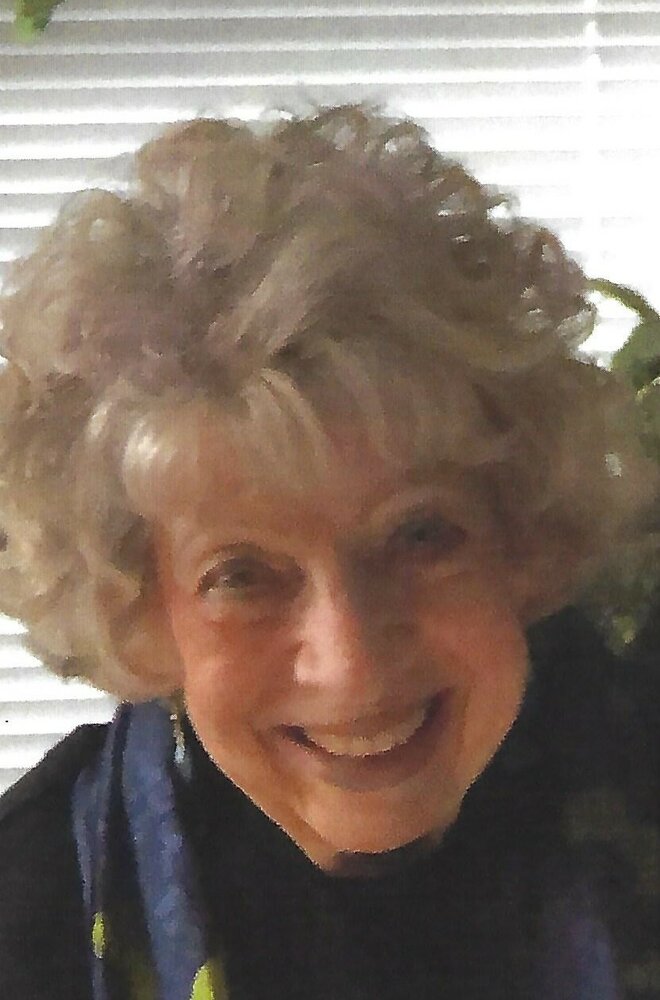 Marcy Fost of Bloomfield, 83, died at her home on Wednesday, Nov. 3, 2021. An extraordinary person and a unique wife, mother, grandmother and friend—not to mention sister, daughter, aunt and cousin—Marcy packed an enormous amount of love into her tiny frame. As one friend put it, “There will never be another like her.” She fought a lifetime of physical ailments without complaint, showing incredible strength and bravery. Marcy particularly loved children. After graduating from American University in 1960, she taught first grade in Belleville, leaving to raise her own sons. Before the decade was out, however, she began teaching preschool, first at Clendenning Nursery School in Nutley, and then she transformed her basement in Bloomfield into Marcy’s Nursery School. Unusually short in stature like many members of her father’s family, Marcy was nearly at the level of children, who took delight in finding an adult who they could see eye-to-eye with. Even after she stopped teaching, she kept a house stocked with toys and books, ready for any child who might stop by. The birth of her only grandson, Harry Barker-Fost, in 1999, was one of the great events in her life. Over the years she also had countless surrogate grandchildren scattered across the country. Her devotion to resolving other people’s problems led to legions of loyal friends, including many of the incredible people who helped her as health and household aides over the years. You couldn’t meet Marcy and not love her. She had sparkling blue eyes and a wide ever-present smile. She collected so many photos of her children, grandchildren, nephews and others that photo albums fill cabinets in her basement. Her nephews Doug and Steve Prestup, accustomed to posing for her as toddlers, labeled a broad toothy smile “Aunt Marcy face.” Born in Atlantic City on Feb. 26, 1938, the granddaughter of immigrants, she was the first in her family to go to college. With upwards of 20 first cousins and living through the heyday of one of America’s premier vacation destinations, her childhood home was filled with relatives coming to spend time at the beach. Many close relationships were forged in those years. She was particularly close with her sister Jane, who was eight years younger. She met her husband, Ken Fost, at American University in Washington, DC, beginning a life of total devotion. Married June 17, 1960, they shared a love of music, particularly singers like Frank Sinatra, Louis Armstrong and Lena Horne. When he took her to New York Knick basketball games, she became an early devotee of Walt “Clyde” Frazier. A few years later, her sons went to Frazier’s basketball camp and managed to persuade the Hall of Famer to come to their home for dinner one night, cementing a lifelong fandom. With her two boys, Dan and Mike, she gamely kept up with interests ranging from sports to reptiles, making weekly lettuce runs for years to feed Mike’s pet iguanas, Clyde and Bonnie, who occupied ever-growing cages in the basement and out-lived many zoo iguanas. When Dan started a newspaper career, she saved everything he ever wrote, even wallpapering her bathroom in his articles. When her mother Sylvia Stoloff Schnee died in 1978, her father Harry Schnee moved in with her family, becoming a fixture in Bloomfield until his death 13 years later. Her house was always filled with laughter, from sharing stories with family and friends to watching online videos of Norm Macdonald and Randy Rainbow. She kept calendars covered with people’s birthdays and boxes of birthday cards, always ready to send. In the 1970s, she became an early devotee of natural food and medicine. She believed in a healthy diet and frequent naps. She possessed an ability to talk on the phone for hours. She eventually was won over to email, often sending notes at all hours of the day and night. Once a consumer of endless catalogs, in later life she became proficient at Amazon. She is survived by her husband, Ken; her sons, Dan, of San Rafael, Calif., and Michael, of Lilburn, Ga.; one grandson, Harry Barker-Fost, of San Rafael, Calif.; a sister, Jane Prestup, of East Brunswick, N.J.; and many nieces, nephews and cousins. She was laid to rest in a private ceremony. A Zoom memorial is scheduled from 3 to 5 pm, Tuesday, Nov. 9. Halpin-Bitecola Funeral Home is handling arrangements. Details at www.brookdalefh.com. In lieu of flowers, contributions may be made to the Juvenile Diabetes Research Foundation, www.jdrf.org, or to the charity of your choice.
To order memorial trees or send flowers to the family in memory of Marcy Fost, please visit our flower store.