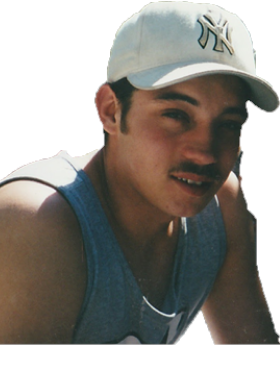 Mark is remembered by his Nana; his parents Mark and Cindy; his brother, Richard Hathaway; his longtime best friend and wife Jacqueline Kersey; his sons, Austin, Luke, and Kane, and his adoptive son Seth Martin. He is also remembered by his many aunts, uncles and cousins. Mark was a father figure to many, so the list could go on and on. So many people have been introduced as his son, due to his never-ending love. Mark was the life of the party kind of person. Mark was constantly filled with positive energy that was contagious to anyone near him. Mark was compassionate, caring, and forgiving. He was able to see the best in every individual, regardless of any negative reputation or past mistakes. He had an innate ability to see the real you. Mark was exceptionally hard working. Although Mark was known for his passion and performance as a car salesman, he has had many jobs to provide for his family. Mark’s family was always his priority. His sons were everything to him. He also made it clear all the love and pride he had for Jacqueline and how he picked the perfect woman to have his kids with. Nothing was too much for his family. Anything and everything he could do would be done for those he loved. Mark was one of the rare individuals willing to go without if it meant that people he cared for could have what they needed. Mark made sure his friends knew they were family, so the generosity went on and on. Mark’s friends truly were life long. He always spoke highly of all of those he was close with, from childhood on. Although, his generosity did not stop there. Anyone in need could come to Mark and he would gladly help in any way he could. Mark’s passion and drive were what set him apart from other people. Combining these qualities with his worth ethic and positivity made him an individual that many inspired to emulate. He was everyone’s personal hype man. Regardless of the feat, whether it be small like a spelling test or major like college acceptance, Mark was rooting for you. There was no question that Mark was supportive and proud of those around him. The only thing that came close to Mark’s love for his family, was his love for sports. This is still alive and well in his sons. Mark was an exceptional baseball player that turned him into a die-hard baseball fan. You could see the pride light up his eyes whenever he watched his sons play sports. Mark could also be described as “scrappy”. People were wary of being on his bad side. Mark could also be described as talkative, to say the least. Once you got Mark going into a conversation, god knows how long you’d be there. He could find something to talk with anyone. He could have a casual conversation, and he could provide you with life-changing advice. He was constantly a source of experience, knowledge, and wisdom. Every individual Mark was able to connect with and help was like a trophy in his ever-winning life. Needless to say, Mark’s absence will be leaving a hole in the lives of many. Mark was predeceased by his “Poppy” Paul Hathaway, his Grandma Catherine Hink, Grandpa Richard Hink, his Aunt Paula Hathaway, and his cousin Elizabeth Posell.
To order memorial trees or send flowers to the family in memory of Mark Edwin Hathaway, Jr., please visit our flower store.