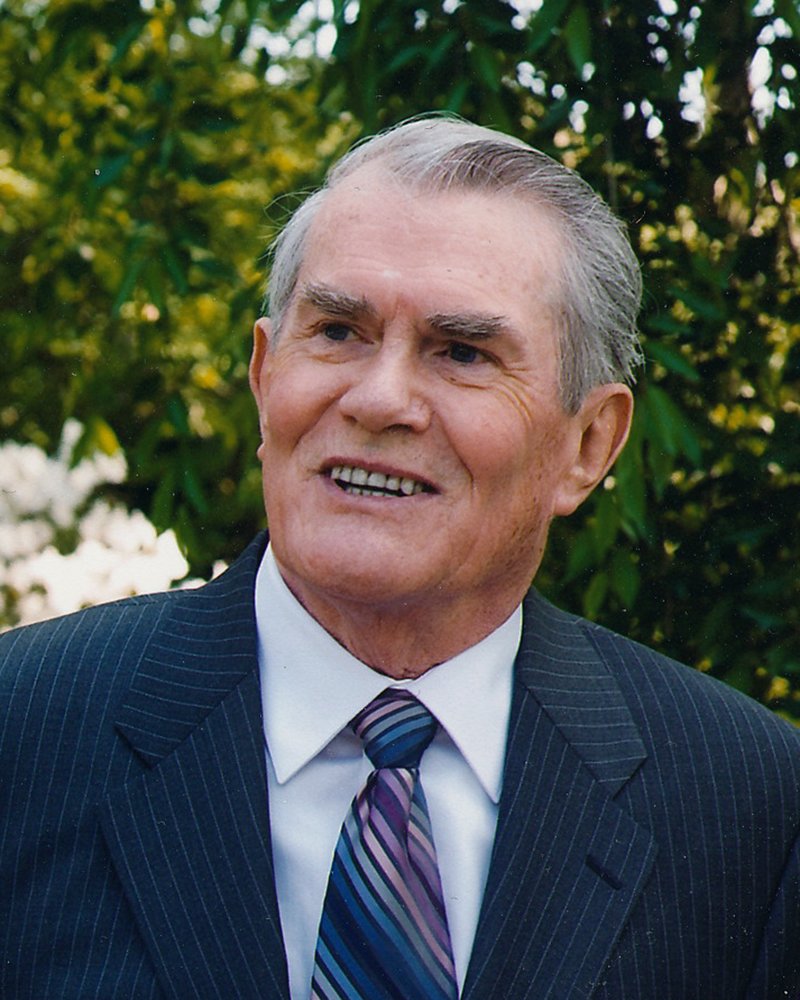 MICHAEL BRENDAN BOYLE, PRESIDENTIAL HONOR GUARD, 1929-2014 Michael Brendan Boyle of Bloomfield, NJ, entered into eternal rest on Tuesday April 1, 2014 with his family by his side. Friends and family are kindly invited to celebrate his life. Visitation will be on Friday April 4 from 2 p.m. - 4 p.m. and 7 p.m. - 9 p.m. at Frank Halpin's Brookdale Funeral Home, 1284 Broad St, Bloomfield, NJ. All are asked to gather for the Funeral Mass on Saturday April 5th at 12:OO noon at St. Thomas the Apostle R.C. Church, 60 Byrd Avenue, Bloomfield, NJ, Internment will follow at Holy Cross Cemetery, 340 Ridge Road, North Arlington, NJ. Known as Brendan, he emigrated from Belfast, Northern Ireland to New Jersey in 1952 and started his career in manufacturing. He married his beloved Martha "Meta" Boyle in May 1953 and shortly thereafter was drafted by the U.S. Army, where he earned the rank of Corporal and proudly served as a presidential honor guard. Thanks to the G.I. Bill, Brendan earned a business degree from Seton Hall University and worked in management at RCA, Van Dyke, Western Union and Dubner Computer Systems. Brendan was an active and beloved member of the St. Thomas the Apostle community for 47 years, serving in a variety of capacities: as a lector, finance committee member, usher, collector and even a star turn in some parish musical productions, which surprised and delighted his wife and family. After his work career, Brendan was a volunteer accountant, an avid golfer, and a popular member of the Montclair YMCA. He was a devoted husband for 61 years, an adored father who supported each of his children in various stages of life, and a loving grandparent known as "Pop," who could always be counted upon for a laugh, a hug, and encouragement. Brendan was widely admired and cherished by all those whose lives he touched. He was a humble, compassionate and funny man who will be deeply missed and remembered lovingly by everyone who knew him. Surviving Brendan is the love of his life, his wife, Meta Boyle; his children: Patricia Boyle of Boca Raton, FL; Michael J. Boyle and his wife Jacqueline Boyle of Greensboro, NC; Brenda McDonnell and her husband Jim McDonnell of Livingston, NJ; Aileen Boyle and her husband John Delaney of Hoboken, NJ; and his grandchildren: Tara Bobinski of Union City, NJ; Brittany Bobinski of Hoboken, NJ; John Boyle, Brian McDonnell, Brendan Delaney and Sadie Delaney. In lieu of flowers, the family asks that donations be made to The Candle Lighters for the ARC of Essex County (thecandlelighters.org/make-a-donation) to honor Brendan's grandson, Brian McDonnell. Please visit www.halpinfh.com for directions and condolence messages.
To order memorial trees or send flowers to the family in memory of Michael Boyle, please visit our flower store.