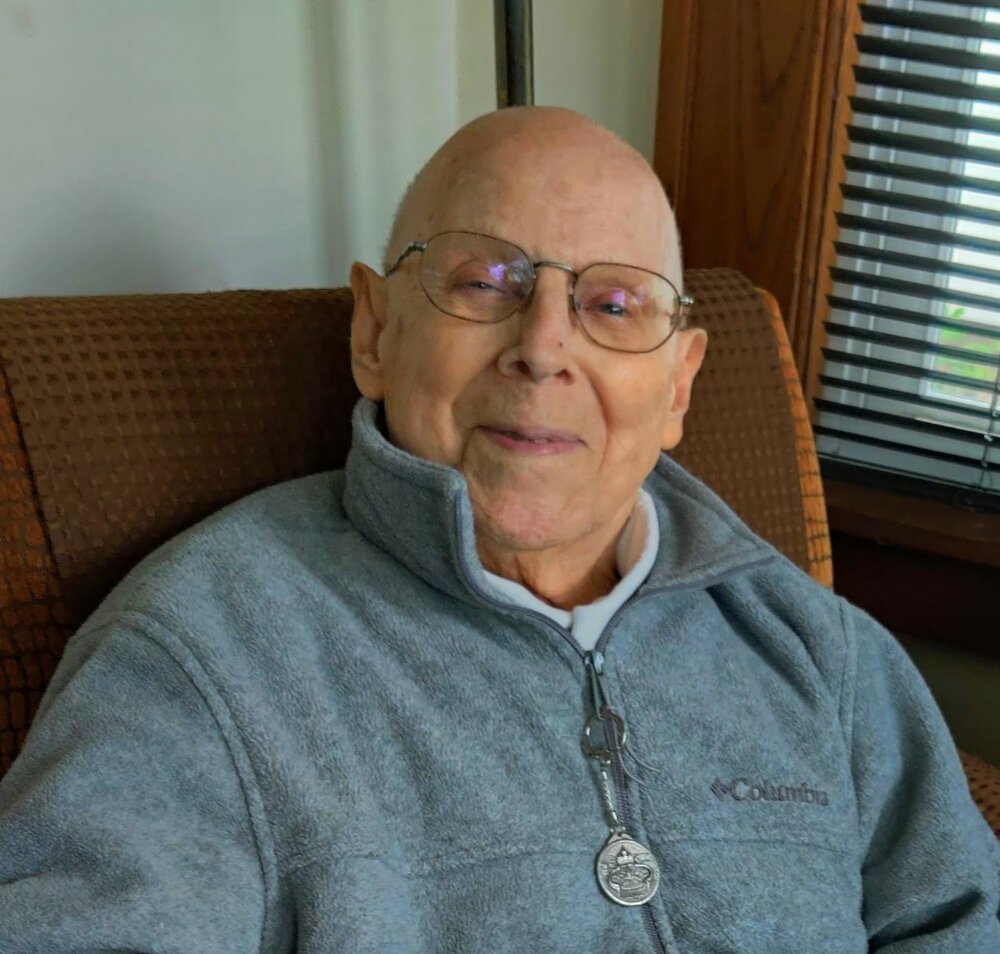 Born October 25, 1924, in the Ironbound section of Newark, NJ. After graduating from St. James High School, he enlisted in the Army. He served in the Intelligence section of the 3rd Attack group of the 5th Army Air Corps. His service career took him across the South Pacific from New Guinea to Japan where he celebrated his 21st birthday. Returning from the war, he used the GI Bill to earn his Associates Degree from Fairleigh-Dickenson University (FDU). While completing his associate degree, he met Margaret Novak, his wife of 68 years (d 2017). They married in September 1949 and moved to Washington DC where Michael finished his Chemical Engineering Degree at Catholic University. Upon graduation, they moved back to NJ to start both a career and a family. First in Bayonne, then a short stint in Canada and finally settling in Bloomfield in 1959 to raise their 5 children. Michael’s career included time at Bechtel Engineering, SB Penick, and Witco Chemical. Upon ‘retiring’ from Witco, he enjoyed a long consulting engagement at Hoffman LaRoche. Over the 63 years Michael spent in Bloomfield, he was an active parishioner of St. Thomas the Apostle church. During that span of time, he was involved with the Holy Name Society, Boy Scout Troop 22, Church Finance Committee, Parish Council, Church Usher, Eucharistic Minister, and altar server for the daily 11:30 Mass. In his later years, Michael and Margaret volunteered at St. John’s Soup Kitchen in Newark for several years. They would take bus tours to visit different Catholic shrines and casinos; spend hours completing jigsaw puzzles together; he enjoyed tackling the Sunday New York Times crossword puzzle while Margaret would stroll through malls shopping. Family would gather each time Michael would make his homemade pizza and Italian knot cookies from a recipe handed down from his mother. Michael’s declining health and COVID restricted his ability to go to his cherished daily mass. Fortunately, streaming services brought the Mass to him. In his waning months, Michael would sit in his ‘music’ chair listening to the daily and Sunday Mass after which he would listen to his very eclectic music collection. In Lieu of flowers, donations may be made to the Basilica of the National Shrine of the Immaculate Conception (https://www.nationalshrine.org/) or a veteran’s charity of your choice.
To order memorial trees or send flowers to the family in memory of Michael J Grosso, please visit our flower store.