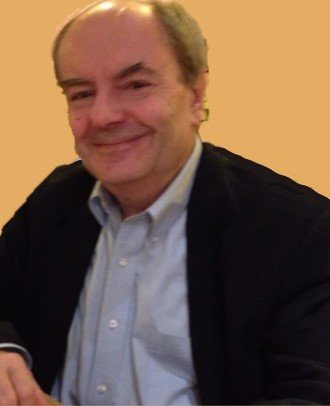 The son of late Bloomfield residents Raymond A. Brown Jr. and Audrey R. Brown, Ray grew up in Bloomfield, attending St. Thomas the Apostle School and Regis High School in New York City. After obtaining his bachelor’s degree cum laude in Classical Languages and Literature from Princeton University, Ray earned a J.D. from Rutgers Law School and an LL.M. in tax law from NYU School of Law. He practiced as a tax attorney in Manhattan for over thirty years and married the love of his life, Linda Franz, on September 3, 1987. Ray was known for his impressive intellect, deeply held moral and political convictions, and gift for making people laugh. Insatiably curious and a lifelong voracious reader, he was the undisputed armchair champion of Jeopardy! and routinely conquered the Sunday New York Times crossword puzzle. Particularly knowledgeable about history and current events, he enlivened many a family gathering (and an occasional op ed page) with his well-informed, passionate, and often uproariously funny denunciations of contemporary politics.

Visitation will be held at Halpin-Bitecola Funeral Home, 1284 Broad Street, Bloomfield, on Friday, July 26th from 4 PM to 8 PM. A memorial Mass will be celebrated at 10 AM on Saturday, July 27th at St. Thomas the Apostle Church, 60 Byrd Avenue, Bloomfield. In lieu of flowers, please direct donations to the Society for the Prevention of Cruelty to Animals.

To order memorial trees or send flowers to the family in memory of Raymond Brown III, please visit our flower store.