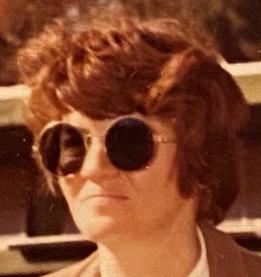 Sandra E. Walters (nee Bordonaro), 86 of Summit, NJ passed away peacefully on February 9, 2021, surrounded by her daughters, loved ones, and caretakers, Sandy, aka Red, was predeceased by her parents James and Anna (nee Parker) Bordonaro; ex-husband Thomas R. Walter Sr; sons James Everett Walters, Thomas R. Walters Jr., his ex-wife Deborah Reynolds; sister Louanna R. Grieco; son-in-law A. Shea Dayton III. Sandy is survived by her three daughters; Elizabeth W. Dayton, daughter Elizabeth Dayton Giordano, husband Evan, and his son Tyler. Karen M. Rairigh, daughter Morgan, fiance Luke Thomas son James. Sandra W. Siliato, husband Richard and daughter Autumn; Brothers, James, wife Patricia, and Walter and Penny Bordonaro; grandchildren, Thomas R. Walters III, JJ Hu, Melanie Bitecola, husband Daniel, daughters Cheryl, Theresa and son Daniel, nephews, Dr.Robert Grieco, Richard, John, Stefan, and Devon Bordonaro. Thank you to her aides, Dianna, Kiesha, and Jackie, Bette for taking such good care of her. She loved you dearly. Sandy was born in New York, NY, grew up in Nutley, and later settled in Summit, where she raised her five children on her own. Sandy was featured in fashion magazines as a model, worked as a sales representative for Atlantic Metals, then as a secretary at Overlook hospital until she retired. Sandy was known for her kindness and always there for anyone in need. She had stunning red hair and piercing blue eyes; she was feisty, quick-witted, and had a great sense of humor. She loved the ocean, singing, playing blackjack in AC, fishing, trading stocks, and on the hunt for treasures at estate and garage sales. She loved her dogs more than people, Freddie Flowers and Sarafina. Her most important lesson was to be kind to others. She led by example for her children. Her incredible work ethic enabled her to provide her home as a safe haven for anyone who needed it. Our friends preferred to hang with her than her own kids. She would put herself in anyone’s corner when she saw they needed it, and she inspired other people to do the same. Our mom was like no other. She was so many things to so many people. She had a strong sense about people. She always knew just what and not to say. She was a shoulder to cry on and had an ear to listen. She said to do what is right and nothing short of that! There are no words to adequately express how much of an impact she had on so many people's lives! She will be dearly missed. Memorial donations may be made in Sandy’s memory to The Valerie Fund or Summit Volunteer First Aid Squad.
To order memorial trees or send flowers to the family in memory of Sandra E Walters, please visit our flower store.